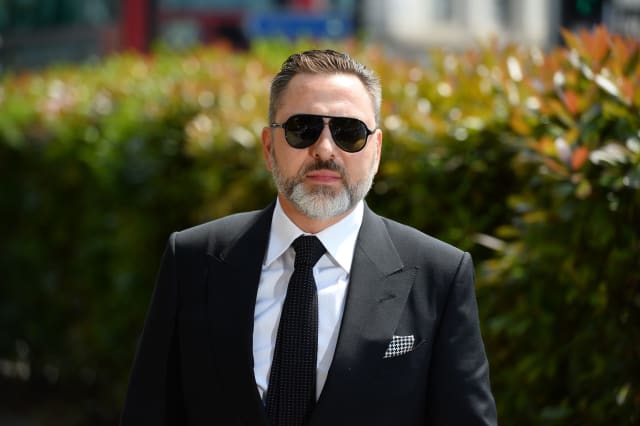 David Walliams, Gloria Hunniford and Martine McCutcheon are among the the star guests leading mourners at the funeral of Dale Winton.

The Supermarket Sweep star died in April and will be laid to rest at a church in central London on Tuesday, on what would have been his 63rd birthday.

An order of service for the funeral, held at One Marylebone, reveals that Walliams will give a reading, as well as former EastEnders star McCutcheon.

Claire Sweeney and the boy band Blue will perform, while comedian Jon Culshaw will give a tribute.

Blue will perform their hit One Love, while Sweeney will sing Alfie, recorded by Cilla Black in 1965, and Going Back by Dusty Springfield.

Walliams, a close friend of Winton's, will read If You Go, also recorded by Springfield, while McCutcheon will read What Should Life Be?

Winton was found dead at his home in north London on April 18.

Following his death, Walliams described him as "the best company, always outrageous & hilarious", adding: "He adored being in show business & loved meeting fans."

The gameshow host's death is being treated by Scotland Yard as unexplained but not suspicious.

Supermarket Sweep, which saw contestants run around a mock-up shop collecting shopping items, was a hit in the 1990s and was later revived.