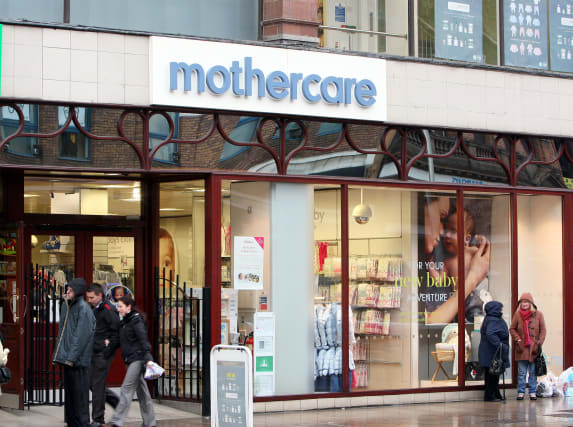 Mothercare is to swing the axe on 50 underperforming stores and re-hire the chief executive it sacked just weeks ago as part of a wide-ranging shake-up.

The closures, which will result in hundreds of job losses, will be carried out through a company voluntary arrangement (CVA) - a move which allows companies to close loss-making shops and secure rental discounts.

Mothercare employs about 3,000 people across 137 outlets.

In a move that will stun many observers, Mark Newton Jones, who was given the elbow as chief executive last month, will return to the fold and once again take the top job.

The man that had been brought in to replace him, David Wood, will now become managing director.

As part of the restructuring, Mothercare also announced a refinancing package worth up to £113.5 million.

It comprises £28 million through an equity capital raising, an extension of its existing debt to £67.5 million, £18 million in shareholder and trade partner loans.

Chairman Clive Whiley said: "The recent financial performance of the business, impacted in particular by a large number of legacy loss-making stores within the UK estate, has resulted in an unsustainable situation for the Mothercare brand, meaning the group was in clear need of an appropriate resolution.

"These comprehensive measures provide a renewed and stable financial structure for the business and will drive a step change in Mothercare's transformation.

"These measures provide a solid platform from which to reposition the group and begin to focus on growth, both in the UK and internationally."

Retailers across the board have been battered by weak consumer confidence off the back of soaring Brexit-fuelled inflation.

They have also had to contend with surging wage costs and eye-watering business rate hikes.

Since January, Toys R Us and Maplin have filed for administration while fashion retailers such as New Look and Select have embarked on radical store closure programmes.