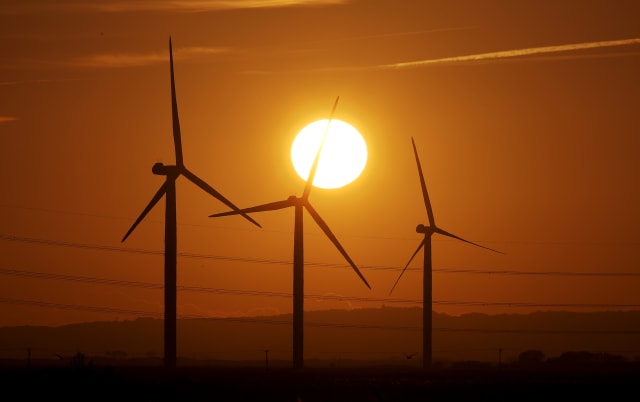 Wind farms could become a greater energy source as global warming creates blowier conditions across Britain, a study has found.

If global temperatures reach 1.5C above pre-industrial levels, the UK and large parts of northern Europe are likely to be more windswept, say researchers.

As a result there could be a 10% increase in on-shore UK wind energy generation, with turbines operating at peak capacity almost all year round.

The additional wind output would produce enough electricity to power the equivalent of 700,000 extra homes per year.

"Future summers could see the largest increase in wind generation.

"Therefore, wind could provide a greater proportion of the UK's energy mix than has been previously assumed."

The scientists combined data from 282 onshore wind turbines collected over 11 years with information from climate simulations.

The results suggested that large areas of Germany, Poland and Lithuania could become more viable for wind power in the future.

But the biggest wind increases were seen in the UK, along with marked seasonal shifts in wind, said the scientists writing in the journal Environment Research Letters.

The study did not look at the potential of off-shore wind power.