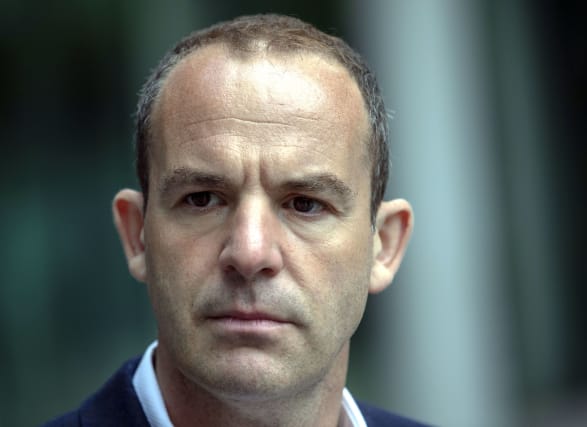 Martin Lewis has urged Facebook to take responsibility for publishing thousands of scam ads he said have led to vulnerable people being ripped off.

The consumer champion said the ball is now in the social media giant's court to bring forward proposals to tackle the problem of fake ads, some of which have used images of Lewis and other celebrities to lure people in.

The MoneySavingExpert.com founder had a meeting which he described as a "good and constructive opening dialogue" at Facebook's London office on Wednesday.

Lewis, who said he does not do ads, previously announced his intention to sue Facebook for defamation in a personal capacity in a ground-breaking lawsuit, following a raft of scam ads featuring his picture.

He said while he believed the social networking organisation was "not a bad product" it had become "an international institution that is out of control".

Lewis said he would not be charmed into pulling back on his campaign against fake ads, adding that any money he is awarded in a legal fight would be donated to anti-scam charities.

Ahead of the "without prejudice" meeting with the vice president of Facebook Europe, he told of his determination to hold the social networking organisation to account.

He called for Facebook to put "proper procedures in place so that these scam adverts are never published" rather than placing the onus on people to report the fake ads.

Following the meeting he said it is now for the company, having heard him out, to come back with satisfactory proposals as to how to solve the problem.

He said: "The question now will be: 'Can it deliver on what it wants and will it deliver in such a substantial way that that means I no longer have to continue with the lawsuit?'

"And the ball is in their court."

He said "various solutions" had been discussed but he could not divulge specifics because it was a legal meeting.

On the question of compensation Mr Lewis said it may be that a solution relates to a move to help vulnerable people as a group rather than individuals.

Mr Lewis previously said he had decided to issue High Court proceedings in an individual capacity for a campaigning defamation lawsuit against Facebook.

He has said the legal action was the result of months of frustration with scammers piggybacking on his reputation and preying on Facebook users with scams.

Of the next step he said: "It was a helpful meeting and I hope they're going to come back with something. That's why I'm doing this. And if they're not, then we carry on to court."