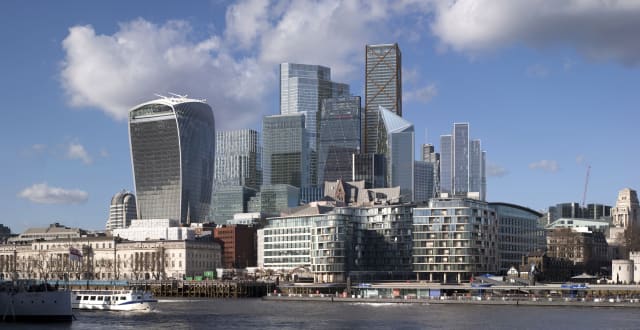 Star fund manager Michael Platt has been named the City's richest hedgie for the fourth year in a row after he grew his wealth by £600 million.

Mr Platt, co-founder of BlueCrest Capital Management, bumped up his wealth by 25% to £3 billion last year.

Mr Miller, founder of Search Investment Group, increased his and his family's wealth by £420 million to a total £2 billion.

CQS' Sir Michael Hinze, a Conservative party donor and former captain in the Australian army, came in third, making net gains of around £100 million to bring his wealth to £1.38 billion.

In contrast, David Harding oversaw a halving of profits at Winton Capital during 2017, with a currency hedge between the dollar and sterling costing the firm £20.9 million.

Harding's personal wealth subsequently fell by £300 million to £1 billion, putting him in joint fifth place with Sir Chris Hohn of TCI Fund Holdings, who has grown his wealth by £180 million amid high-profile fights with the London Stock Exchange.

Meanwhile, Crispin Odey's wealth continued to slide after his hedge fund Odey Asset Management halved in value in 2016. Odey's wealth dropped by £25m to £750m, leaving him in eighth position on the table.

Robert Watts, compiler of The Sunday Times Rich List, said: "The recent volatility of global stock markets have provided opportunities for the City's richest hedgies to gild their wealth.

"But life as a billionaire hedge fund manager is not a one-way bet. Four big names of the hedge fund world have seen big falls in their wealth over the past year.

"Managers tend to invest heavily in their funds so if their fund bombs so does their own wealth."