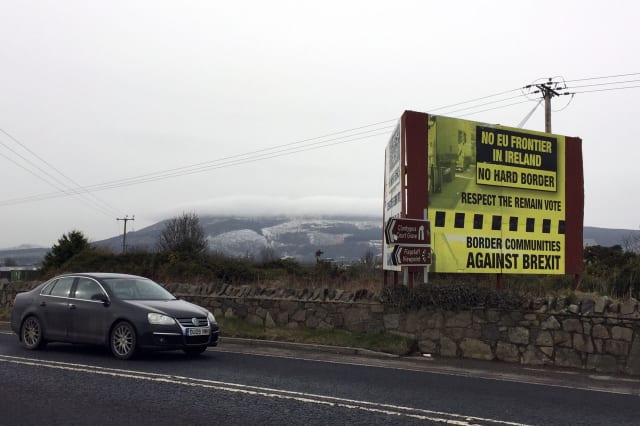 Brexit Secretary David Davis has turned down an invitation to answer questions from the House of Commons Northern Ireland Committee.

The committee described his decision as "disappointing" at a time when the future status of the Irish border has emerged as one of the major stumbling blocks to agreement on Britain's EU withdrawal.

The cross-party group had invited Mr Davis to update them on the Government's proposals to deliver a frictionless border between Northern Ireland and the Republic, currently the subject of fraught negotiations within Theresa May's "Brexit war cabinet".

Mr Davis told chairman Andrew Murrison in a letter that he had already answered questions on Northern Ireland during appearances before other committees in the Commons and Lords.

He offered to send junior ministers from his Department for Exiting the EU and the Northern Ireland Office in his place, and to answer any "outstanding questions" to him in writing.

Dr Murrison said: "My committee is most disappointed that David Davis has turned down our invitation to give evidence on what all agree is an absolutely pivotal element of the Brexit process.

"Michel Barnier has given us oral evidence as EU negotiator and the committee felt it would be reasonable to ask his UK counterpart Mr Davis to do the same.

"This is more urgent now as a technical solution to the border is one of two options cited by ministers.

"Given the committee's caution over the prospects for a technical solution in its original report on the Irish land border post Brexit, we wanted to give the minister an opportunity to say what progress had been made.

"We would then be happy to update our report if warranted by evidence received.

"Otherwise, clearly, we cannot and the opinion expressed in the original report will have to stand."