Retail sales fell 'off a cliff' with record decline in April, says report 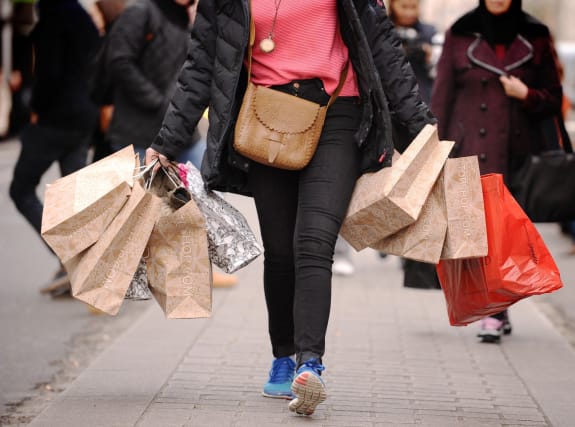 Retail sales growth fell "off a cliff" in April with a record decline, according to a report.

On a total basis, sales declined 3.1% in April year-on-year - the sharpest decline recorded by the monitor since it started in January 1995.

However, the figures have been distorted by the timing of Easter this year, with shoppers doing much of their stocking up in March, the report said.

Paul Martin, head of retail, KPMG, said: "April's figures show retail sales growth falling off a cliff, with sales down 3.1% on last year, but we must exercise caution and remember that the timing of Easter makes meaningful month-on-month comparisons difficult."

He continued: "April saw all seasons rolled into one, from a dreary and wet Easter to more welcome sunny spells.

"Fashion sales received a much-needed boost, but otherwise the sales were disappointing for the rest of the high street."

Helen Dickinson, chief executive of the BRC, said: "The first glimpse of summer may have temporarily lifted clothing and footwear, but non-food sales overall continue to be weak.

"Consumers' discretionary spending power remains under pressure and the reality is, that with only a gradual return to solid growth in real incomes expected, the market environment is likely to remain extremely challenging for most retailers."

Paul Lockstone, managing director at Barclaycard, said: "The UK seems to be caught in a holding pattern, with people still budgeting carefully.

"Looking ahead, uncertainty around interest rates is weighing on the minds of many, with people prepared to cut back on non-essentials in order to cope with a rate rise."