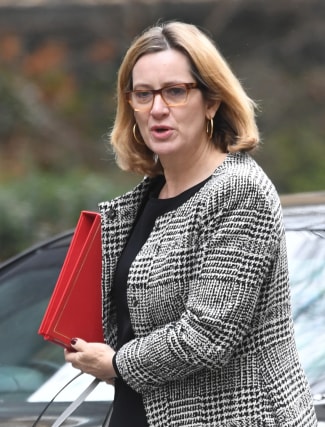 A "handful" of people have been wrongly removed from Britain in the last six years, the Home Office has admitted.

The department's most senior immigration enforcement official told MPs there had been occasions where individuals had been brought back to the country following removal.

Asked to give a precise figure, Hugh Ind said it was "up to five".

The director general of immigration enforcement also acknowledged that there is a "deep problem" with wrongful immigration detentions.

He said around £3.3 million was paid out last year in compensation for detentions that were ruled unlawful in the courts.

In relation to the Windrush scandal specifically, officials are carrying out a detailed review of 8,000 records dating back to 2002. So far, this exercise has not identified any wrongful removals.

However, Immigration Minister Caroline Nokes said it was clear that people from the Windrush group have been detained.

Meanwhile, it was revealed that a review has been launched into advice on immigration targets given by officials to former home secretary Amber Rudd.

She was forced to quit last month, saying she "inadvertently" misled MPs about targets for the removal of illegal migrants.

During questioning about the Windrush episode, she told the Home Affairs committee there were no such targets.

But following a string of disclosures to the contrary, Ms Rudd announced her resignation. Sajid Javid was appointed as her successor.

On Tuesday the Home Office's top official revealed that an urgent review is being carried out into the "support" given to the former home secretary prior to, during and after the committee hearing on April 25.

"My concern is to make sure the quality of the advice and support we are giving to our ministers is as good as it possibly can be."

Appearing at the Home Affairs committee, he said he asked Sir Alex Allan, a senior civil servant currently the Prime Minister's adviser on ministers' interests, to carry out a review into "the facts so far as the support provided by the civil service to the Home Secretary before, during and after that hearing".

Sir Philip said: "That is a piece of work which is being started today and which I hope will be concluded quickly.

"I hope that provides you with some reassurance that I take these matters very seriously."

While saying he could not discuss whether he had given advice to ministers about the targets regime, Mr Ind said: "I absolutely don't think I am the source of confusion."

In other exchanges, he emphasised that the staff in his team "absolutely understand the importance of operating an immigration system with humanity".