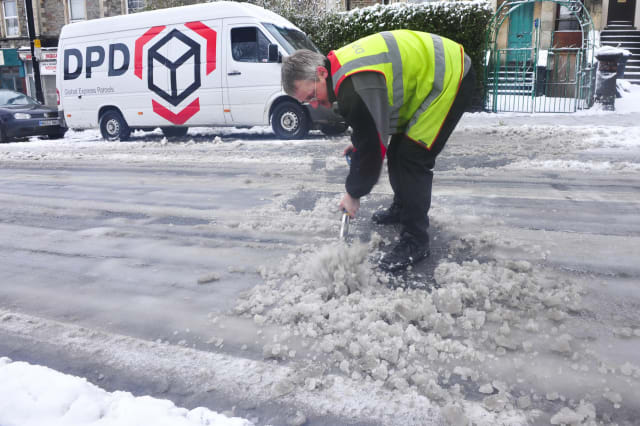 Delivery firm DPD has announced all of its drivers will be paid the real living wage following a review launched after the death of one of its self-employed contractors.

A new contract for the latter will offer a pension, paid holiday and sick pay in a move DPD said will set the "benchmark" for the industry.

The changes, which are due to come into force on July 2, follow an internal review launched after the death in January of Don Lane, who suffered from diabetes.

Mr Lane, who worked for DPD as a self-employed franchisee, had months earlier been fined £150 for missing work to attend a medical appointment.

As part of the review, the company, which operates more than 8,000 vehicles, confirmed it is scrapping the so-called "breach system", which will be replaced by a points-based system.

Its "driver code" will offer drivers the choice to switch their employment status, with a "try before you buy" contract to help them decide.

DPD said the new self-employed worker contract is designed to give drivers earnings of £28,800 a year, based on working five days a week, along with 28 annual days' holiday, a pension and sick pay.

The company's chief executive Dwain McDonald said: "I think the new worker contract is a great package and it will set the benchmark in our industry.

"But we've made it very clear that we think it should be about driver choice - there are three great ways to contract with DPD now and drivers are free to choose which one suits them best.

"Loads of our drivers tell us they still love the self-employed franchisee model because of the flexibility and the capacity to earn significantly more.

"While we've been able to improve this contract further as part of this review, we recognise that it isn't for everyone.

"In future we want to make sure that drivers fully understand the risks and the benefits, whichever way they contract with us."

It comes amid growing debate over the rights of workers in the so-called "gig economy", where they are often deemed self-employed.