Tributes to Tesco worker who died following incident at store 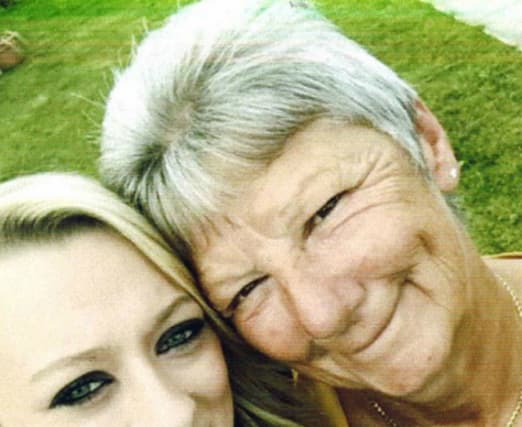 Tributes have been paid to a Tesco employee who died after an alleged shoplifting incident at the store where she worked.

Hilary Simmons, 59, died suddenly following an incident at the Tesco Extra in Corporation Road, Middlesbrough, which led police to arrest two men on suspicion of manslaughter.

Colleagues had clubbed together to buy her a Mother's Day present as a thank you for her caring ways, her family said.

Following the incident on Monday evening, her family released a statement saying: "Hilary was a much loved mummy, wife, family member, friend and colleague.

"She was known to all her work colleagues as 'Tesco mummy' and was very well thought of and respected in the workplace.

"So much so, that on Mother's Day all of the staff contributed to buy her a gift to show their appreciation to her.

"She will be dearly missed by all who knew her, especially by her husband, son, daughter (known as her little girl) and her Yorkshire terrier, George who she adored.

"We will cherish the memories we have had with mummy and would like to thank everyone who has expressed their sympathies and condolences so far.

"We as a family would like to request privacy at this time to enable us to grieve."

Cleveland Police said two men aged 35 and 37, who were arrested on suspicion of manslaughter and attempted theft have been bailed pending further enquiries.

Anyone who was in Tesco at the time of the incident is asked to contact Cleveland Police on 101.