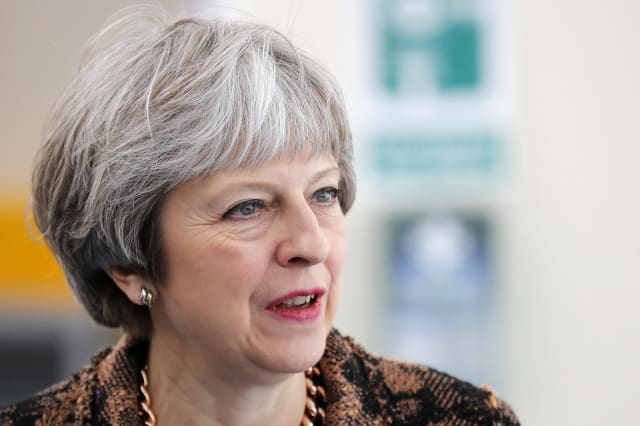 Pressure is continuing to grow on Prime Minister Theresa May over her actions as Home Secretary - as Sajid Javid signalled a break from the past on his first day in the role.

Mr Javid said he would "do right" by the Windrush generation and rejected the term "hostile environment" which was used by Mrs May to refer to the government's immigration policy.

The new-look Cabinet is due to meet on Tuesday for the first time since Amber Rudd resigned from her role as Home Secretary after admitting she had "inadvertently" misled MPs over the existence of targets for removing illegal immigrants.

Labour leader Jeremy Corbyn has said Mrs May "now has questions to answer" about "what she actually did as home secretary".

"She was presiding over, in her terms, the creation of a hostile environment," he said.

Drawing on comments made by Mr Corbyn earlier in the day, Ms Abbott said the new Home Secretary "cannot form another 'human shield' for Theresa May".

The first related to what she knew about migrant removals, after the Hastings and Rye MP told the Home Affairs Select Committee there were no targets for removals.

Following the emergence of a memo which detailed targets for removing illegal immigrants, Ms Rudd said she was resigning "with great regret".

The second row centred on the treatment of the Windrush generation, after a number of people from a Caribbean background found themselves denied access to benefits and healthcare or threatened with deportation despite decades of residence in the UK.

Making his Commons debut as Home Secretary, Mr Javid told Windrush generation migrants who had struggled to prove their immigration status: "This never should have been the case and I will do whatever it takes to put it right."

Drawing on his own background as the son of migrants from Pakistan, he told MPs: "When I heard that people who were long-standing pillars of their community were being impacted for simply not having the right documents to prove their legal status in the UK, I thought that it could be my mum, my brother, my uncle or even me.

"That's why I am so personally committed to and invested in resolving the difficulties faced by the people of the Windrush generation who have built their lives here and contributed so much."

Asked about the "hostile environment" approach, Mr Javid said: "I think it is a phrase that is unhelpful and it does not represent our values as a country."

He said he wanted a "compliant environment" instead.