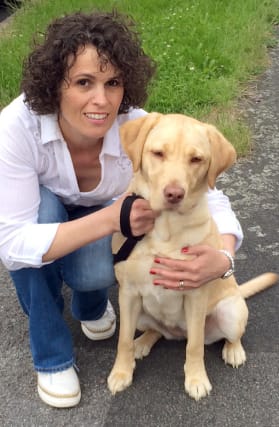 A mother-of-three has told how a drug discovered and developed by Cancer Research UK-funded scientists has helped stabilise her brain tumour.

Sue Humphreys was treated for a tumour 11 years ago and it returned around six years later, but she believes a drug called Temozolomide has helped stabilise her.

She first went to see a neuro-anaesthetist in 2007 after a series of migraines, and an MRI scan revealed an astrocytoma - the most common type of primary brain tumour, according to the Brain Tumour Charity.

Her neuro-surgeon was able to remove the whole of the lump, allowing Mrs Humphreys to have six healthy years, with regular scans being undertaken to monitor her.

The 46-year-old, who lives with her husband, children and dog Pickles in Walsall, West Midlands, said: "I had to have regular scans but we had six really good years.

"Then in April 2013, things started to change. We were on holiday in the Canaries when I had a grand mal seizure in my sleep which was a bolt out of the blue.

"Thankfully I have no memory of it but it was very frightening for my husband.

"I started taking anti-seizure medication which worked for a while but in November 2013, I had an absence seizure.

"I was talking to my mum on the phone and my husband said I just stopped talking and the phone fell out of my hand."

The seizures became more regular, and it was found that the tumour had returned, Cancer Research UK has said.

Despite her surgeon taking out as much of it as he could, Mrs Humphreys was forced to start chemotherapy.

She started taking Temozolomide alongside antibiotics, anti-seizure medication and drugs to stop her feeling sick.

After 18 cycles of treatment, Mrs Humphreys says she is now taking a break as her most recent scan results have been stable.

She said: "The treatment was tiring, but my family coped really well.

"Despite my diagnosis, I'm trying to keep things as normal as possible. I certainly don't go around thinking I need to live tomorrow like it's my last.

"I just get up and deal with whatever that day brings. At the moment, it's watch and wait."

She added: "The surgery does change you - it's just the knowledge that someone has been inside your brain.

"I've been one of the lucky ones, I had six really good years but the brain is a complex organ and mine's obviously decided it's had enough of being good."