US delays decision on steel tariffs 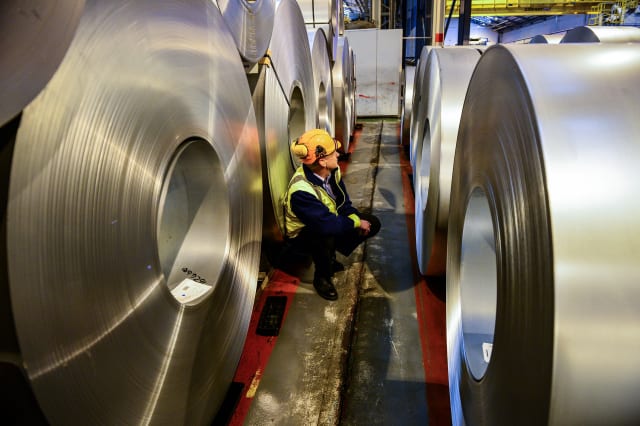 The UK has been given a temporary reprieve on a punitive 25% tariff being added to exports of British steel to the United States.

President Donald Trump was set to decide whether exemptions on steel and aluminium tariffs would continue for the European Union and US allies after a self-imposed deadline passed on May 1.

The White House announced a delay on the decision for 30 days for exports from EU countries, Canada and Mexico, while an agreement was reached with South Korea and Argentina, Australia and Brazil in principle.

The Department for International Trade called the temporary exemption "positive" and said it would continue to work towards making it permanent.

British manufacturers and unions have spoken out about the potential damage tariffs could cause for UK firms and jobs since the 25% tariff on steel and 10% tariff on aluminium were first mooted by Mr Trump in March.

A government spokesperson said: "It is positive that the UK has been granted a further exemption to these tariffs.

"We will continue to work closely with our EU partners and the US government to achieve a permanent exemption, ensuring our important steel and aluminium industries are safeguarded.

"We remain concerned about the impact of these tariffs on global trade and will continue to work with the EU on a multilateral solution to the global problem of overcapacity, as well as to manage the impact on domestic markets."

In introducing the tariffs, Mr Trump said his country's industries had been "decimated by decades of unfair trade and bad policy with countries from around the world", adding that trade wars were "good... and easy to win".

In the run-up to the May 1 deadline, the UK was engaged in last-ditch efforts to prevent the tariffs from being introduced.

International Trade Secretary Liam Fox said placing the tariff on UK exports would be "illogical" because some of the specialist products sold to the US are destined for the American military.

Dr Fox was due to hold talks with US commerce secretary Wilbur Ross in an effort to secure a continued exemption for the UK.

At an event in the Palace of Westminster on Monday evening, Dr Fox told reporters: "We believe that while it is understandable why the United States is concerned about Chinese overproduction of commodities such as steel, we think that the best way to deal with it is a multinational framework."

The US approach - claiming it is a "national security" issue - is "inappropriate for dealing with this particular problem", he said.

"In any case, from the UK's point of view, we don't export a lot of steel to the US but what we do export is often high end and some of it goes directly into American military programmes," he added.