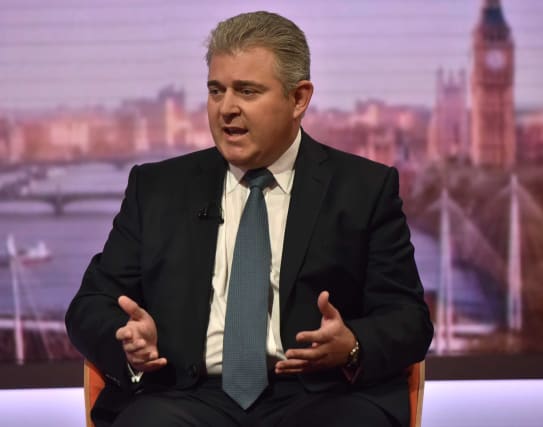 Home Secretary Amber Rudd did set an "ambition" to increase the numbers of illegal immigrants being deported by 10%, but was unaware of specific local targets for removals, her former deputy has said.

Former immigration minister Brandon Lewis said he had seen an internal Home Office memorandum referring to targets - which was leaked on Friday to The Guardian - but had not forwarded it to Ms Rudd.

Ms Rudd, who will make a Commons statement on the issue on Monday, is facing calls for her resignation amid claims she misled MPs when she told the Commons Home Affairs Committee last week that the Home Office did not have targets for removals.

In a series of late night tweets following the leak of the memorandum, she apologised and admitted she should have known about the targets, but said she had not seen the memo even though it was copied to her office.

Mr Lewis, who is now the Conservative Party chairman, said that while they had had weekly discussions about immigration, they never mentioned targets.

He said that targets were "very different" from Ms Rudd's "ambition" to increase the number of removals by 10% which was also referred to in the memo.

"I was working with her on a weekly basis to make sure that we were doing everything we could - working with the police, working with local government - to help vulnerable people, to crackdown on criminals, and to remove more people who are here illegally," he told BBC1's The Andrew Marr Show.

"Yes, I did talk to the Home Secretary about that and the overall work that we were doing and the overall ambition to see an increase in numbers, but not on the detailed numbers and targets.

"What the Home Secretary was very aware of was her ambition to see an increase in the number of people who were being here illegally that we were removing, particularly those foreign national offenders.

"Those internal targets were not in the memo and not figures that she was aware of."

He added: "I have been in a room with Amber Rudd talking about increasing the number of returns but Amber Rudd and I never discussed particular numbers in the way that was outlined at the Home Affairs Select Committee."