Waterstones in 'expansion mode' as bookseller sold to Elliott Advisors 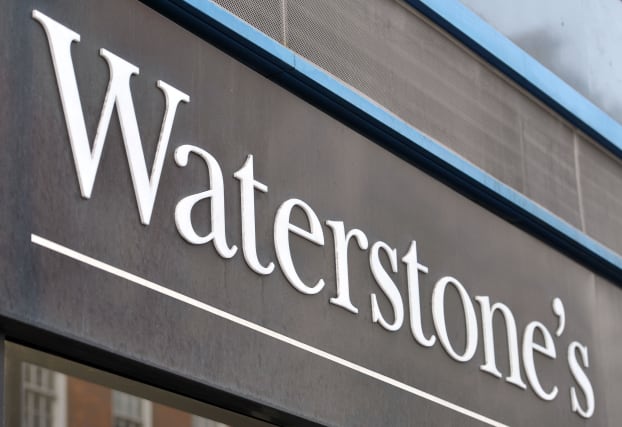 Waterstones is to accelerate its expansion plans after being sold to US hedge fund Elliott Advisors, the book chain's boss has said.

The deal, for an undisclosed sum, ends seven years of ownership under Lynwood Investments - the investment vehicle of Russian billionaire Alexander Mamut - though it will retain a minority stake.

The UK bookseller will continue its run under James Daunt, who was appointed in 2011, and the chief executive dismissed any suggestion that closures may be on the horizon as a result of the sale.

"No, the opposite. We're very much in expansion mode," he told the Press Association.

"We've been very distracted through the sale process and we've still opened eight shops towards the back end of 2017 and we've opened three in the last`10 days, so we expect to grow, and I think having a new owner with a certain amount of firepower should allow us to do a lot more of that."

Waterstones - which reported sales of more than £400 million in the year to April 2017 - operates 283 bookshops across the UK, as well as Ireland, the Netherlands and Belgium.

Mr Daunt said international expansion might be a possibility but stressed that the shop was primarily UK-focused and an English language bookshop.

"On the basis of initial conversations and what they've said, clearly they're ambitious and clearly they'll make money if we grow."

He said said it was an "interesting time" for the business to be facing a takeover given the state of the high street, which has been hit by rising business rates and higher inflation that has knocked consumer spending.

"Whilst of course we don't like seeing companies, other fellow retailers, going out of business, it is giving us quite a lot of opportunities to expand which we frankly haven't had in the recent past because they've been very limited availability of new shops."

While Elliott Advisors is best known for its role as an activist investor, Mr Daunt said it will not be donning that cap as owner of Waterstones.

"We were owned by an individual who has been incredibly supportive of us in very difficult times, but is nonetheless a Moscow-based Russian businessman.

"I think having a more conventional owner is perhaps no bad thing - but also one with clearly a very deep pocket - but as I perceive it, it's Elliot as the conventional private equity investor that we are being bought (by), not Elliott with its other hats on, and obviously not at all the Elliott as an activist investor."

The chief executive also dismissed suggestions that Amazon might be eyeing the bookseller.

"I think that's nonsense. I can't see that Amazon would wish to run the sort of shops that we do.

He also said any deal like that was likely to attract scrutiny by competition authorities.

"I can't think why they would want bring that upon themselves."

The deal with Elliott is expected to be completed in early May.

Medic appeals for public to stay at home over 'crucial weekend'