Man accused of murdering boss 'apologised before killing her' 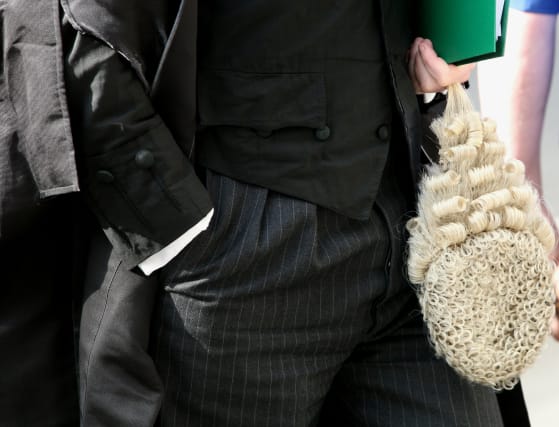 A university deputy manager accused of murdering his boss told a court he apologised as he was killing her before scrawling "bully" on her forehead.

David Browning said Jillian Howell screamed "you bastard" and tried to grab the 10cm hunting knife from him but he continued to stab her and replied: "I'm sorry Jill, this is what mental health does to you."

Jurors were in tears and visibly shocked at Hove Crown Court on Thursday as the 52-year-old gave evidence on how he attacked Ms Howell at her home in Brighton on October 25 last year.

He said the pair "clashed" when she joined the University of Brighton payroll department as his superior in 2015 and admits manslaughter by diminished responsibility but denies murder.

Browning told the trial he felt "demeaned" by her but over time they resolved their differences and became friends.

He confided in the Samaritans volunteer when he battled depression after the death of his father in October 2016, and a year later she urged him to seek professional help.

In the months before she died, he bought a hunting knife and a shotgun and claims he was having daily suicidal thoughts.

He said he first thought of killing Ms Howell around two weeks before the stabbing after his first counselling session, which he was unwilling to take part in because there was "stigma" around mental health and he feared it would blemish his employment record.

His evidence was fraught with interruptions while the judge and his defence barrister Graham Trembath QC repeatedly asked the softly spoken defendant to speak in a clear and loud voice so the jury could hear properly.

In a barely audible voice, a calm Browning, dressed in a black suit with a blue-and-white striped shirt, stared in front of him as he recalled the sequence of events of that evening.

He said he had convinced himself that was the day he must die and repeatedly questioned whether he had to kill her.

He hired a van, put a shotgun and a bag containing clean clothes, cable ties and wires in the back, placed the knife in his coat pocket, took a bottle of wine he had previously bought for her and posted suicide letters.

He told the court he paused for some time before putting the letters inside the postbox and then bought flowers before arriving at Ms Howell's house for a "pleasant evening" enjoying a curry.

Then at around 10.30pm she asked him to leave as she had an early morning volunteer shift.

Browning said: "I said I couldn't go home because I had posted my suicide notes on the way over. She was very shocked and said I needed to go to hospital now.

"She got up, picked up her trainers and jacket and sat back down in the chair and leaned forward to tie her shoelaces. I was behind her to the side.

"I felt this whoosh feeling come over me. I pulled the knife out and I stabbed her in the back.

"She fell over and up against the sofa. I then stabbed her twice in the throat (and later in the chest).

"She grabbed the knife and screamed 'You bastard'. I said 'I'm sorry Jill, this is what mental health does to you.'"

He told how he was thinking "what the hell is going on, what the hell have you just done. Why have I just attacked somebody who is helping me?"

He added: "I just felt shame, guilt, I was just in complete despair."

A packed public gallery listened as Browning remembered sitting back down in the chair for around an hour and a half with his head in his hands "just in complete shock" at what he had done.

He said to himself "it's your turn now" but found he could not do it so had a lengthy conversation with the Samaritans on the phone.

At some point he said he scrawled "bully" on her head and sprayed graffiti on the walls which implicated her close friend Sean McDonald in the death.

The trial previously heard he was obsessed with her and had a romantic attachment to her but he denied having a "crush" and insisted he was a "happily married man".

He said his wife Debbie, who works in the same university department, knew about his friendship with Ms Howell, knew she was trying to help him overcome his problems and was aware he was seeing her that evening.

He denied being "jealous" of former Worthing mayor Mr McDonald but admitted trying to implicate him in the crime by writing his name on the walls of her home and forging documents so he would become the sole beneficiary of her pension scheme.

Browning described his office as having a "toxic" environment where Ms Howell would "take to task" staff by shouting, humiliating and belittling them on occasion. He said the job was "high pressure" because of changes in pensions laws and the growing number of staff working at the university.

He told the court the three previous managers had retired on ill health, two of which were stress-related.

Asked why he killed her, he said he was not thinking rationally adding: "I'd love to know why, I'll never forgive myself. I've ruined the lives of her family, my family, her friends, my colleagues, my employer."