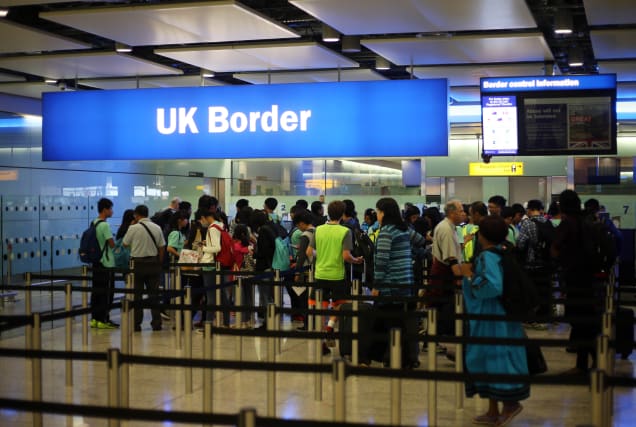 Amber Rudd will appear before MPs to explain targets set by the Home Office for voluntary departures of people who could not lawfully stay in the UK.

The Home Secretary denied on Wednesday that targets were used as she was quizzed by a Commons committee probing the Windrush scandal.

But her comments appeared at odds with a 2015 inspection report that said the practice did exist.

An inspection of removals by the borders and immigration watchdog said targets were set in 2014/15 and 2015/16, which were split between 19 Immigration Compliance and Enforcement (ICE) teams across the UK.

The targets, and how they were divided up, were first reported by the BBC.

Yvette Cooper, who chairs the Home Affairs Committee, said there appeared to be a "lack of grip" at the Home Office over whether targets were in use.

The Labour MP said she had received evidence of regional targets being used "for some years" and as recently as April, although some had been dropped due to being unattainable.

Ms Rudd, who took over from Theresa May as Home Secretary in July 2016, said she was not familiar with suggestions that regional targets were in place.

"We don't have targets for removals," she said.

"I didn't hear the testimony, I'm not sure what shape that might be in. If you ask me, 'are there numbers of people we expect to be removed?', that's not how we operate.

"I do think it is right... where there are people here illegally that we do try to remove them."

Following Ms Rudd's appearance before MPs on Wednesday, the Home Office said it had "never been (its) policy to take decisions arbitrarily to meet a target".

Jeremy Corbyn has called on Ms Rudd to resign over the Windrush scandal, claiming she had inherited a "failing policy" and made it worse.

An outcry over treatment of migrants from the Caribbean who arrived after the Second World War has put immigration policy and its administration in the spotlight.

A December 2015 report by the Independent Chief Inspector of Borders and Immigration said targets were set for voluntary departures, which took place when an individual or family notified authorities of their intention to leave the UK.

Voluntary departures included people who had approached the Home Office for financial assistance with travel arrangements.

The assistance was available to anyone over 18 who was in the UK illegally, had been refused leave to remain in the UK or had applied for an extension of leave but wanted to withdraw the application and depart.

The Home Office also had a process for returning families who had no legal right to remain in the UK, which had a "single numerical target".

The report said the target was "not a useful performance measure" due to the varying nature of cases year to year.