A soldier wounded by an improvised explosive device in Afghanistan has received the world's first complete penis and scrotum transplant, officials at Johns Hopkins Hospital in Baltimore said on Monday.

A team of nine plastic surgeons and two urological surgeons operated on the veteran, whose nationality was not disclosed, for 14 hours on March 26, the hospital said in a statement.

The team transplanted an entire penis, a scrotum without testicles and a partial abdominal wall from a deceased donor. The wounded man, who requested anonymity, has recovered from the surgery and is expected to be discharged from the hospital this week.

"We are hopeful that this transplant will help restore near-normal urinary and sexual functions for this young man," Dr. W.P. Andrew Lee, the head of plastic and reconstructive surgery at the Johns Hopkins University School of Medicine, said in the statement.

The soldier called his injury from an improvised explosive device "mind-boggling" and difficult to accept. Details of the incident were not released.

"When I first woke up (after surgery), I felt finally more normal ... (with) a level of confidence as well. Confidence ... like finally I'm OK," he said in the statement.

Johns Hopkins surgeons had performed the first U.S. double-arm transplant of two arms on a wounded service member in December. 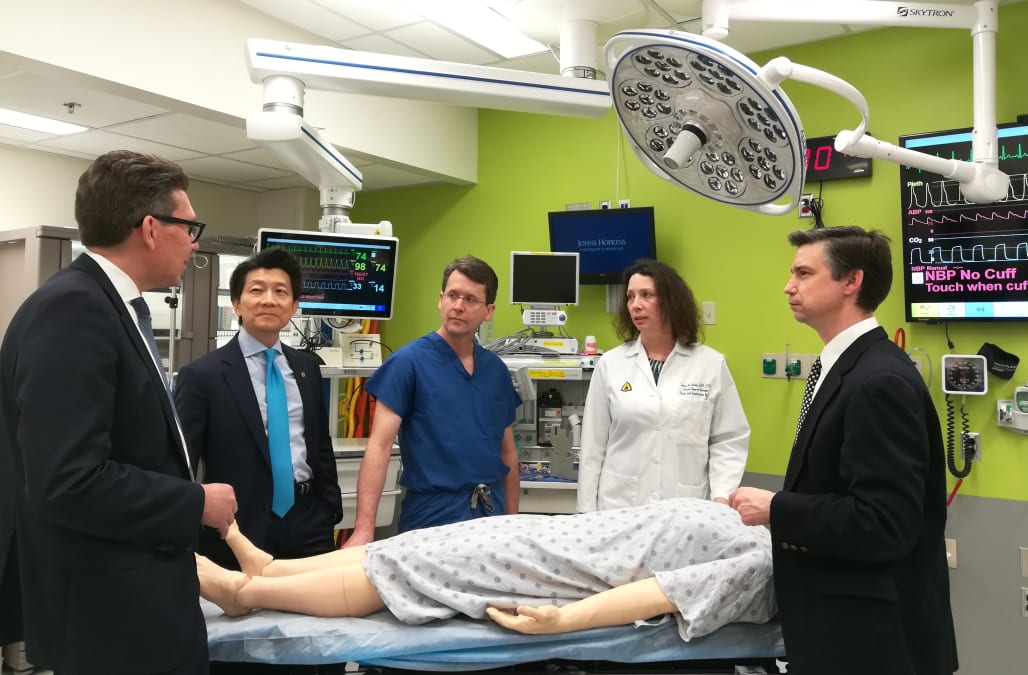 A transplant in which a body part or tissue is transferred from one individual to another is called vascularized composite allotransplantation. The surgery involves transplanting skin, muscles and tendons, nerves, bone and blood vessels.

Lee said that although it is possible to reconstruct a penis using tissue from other body parts, a prosthesis implant would be necessary to achieve an erection, and that comes with a much higher rate of infection.

In addition, service personnel often do not have enough viable tissue from other parts of their bodies to use because of other injuries, he said.

(Reporting by Ian Simpson in Washington Editing by Jeffrey Benkoe)