Experts unite to condemn plans for road tunnel past Stonehenge 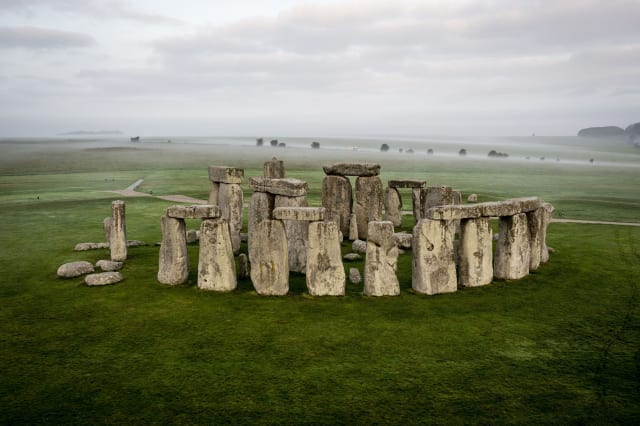 Archaeologists responsible for many of the recent discoveries in the Stonehenge landscape have hit out at plans for a road tunnel past the monument.

The 22 experts, who have carried out research within the World Heritage Site in the past 10 years, warned plans to put the A303 into a tunnel where it passes the stones would destroy important archaeological remains.

It would also damage the integrity of the World Heritage Site, which covers a much larger area than the stone circle, experts led by Professor Mike Parker-Pearson, of University College London, warn in a submission to the consultation on the plans.

The tunnel, part of the £1.6 billion upgrade of the A303 in the area, aims to restore the tranquil setting of the famous stone circle, by removing sight and sound of the road, and reconnect the World Heritage landscape.

Under the initial designs for the scheme, outlined by Highways England in February, a new dual carriageway's route would closely follow the existing A303, with tunnel entrances within the World Heritage Site.

But the group of experts, who include academics from leading UK universities, said the creation of new sections of dual carriageway and slip roads at each end of the tunnel would set a dangerous precedent by allowing large-scale destructive development within the World Heritage Site.

The tunnel's western entrance would damage an area with an important concentration of Stone Age burial monuments known as long barrows, and the new road would cut across the site of a settlement dating from the building of stone circle, they warned.

Construction of the eastern entrance and a proposed flyover could affect groundwater conditions that would harm important hunter gather remains at the site of Blick Mead, the group added.

The archaeologists said techniques were radically changing and new and astonishing finds were being made across the World Heritage Site.

"It is dangerous to plan on the basis that what we know now of the ancient landscape is all that exists," they said.

In their consultation submission, they also said: "Increasingly, we have come to understand that Stonehenge is not only the stones, not only the eroded earthworks immediately near the stones, but a whole landscape extending to the horizon in most directions and even beyond.

"The A303 proposal is, however, a sad and retrograde step.

"Instead of respecting the World Heritage Site as defining the area to be protected, it recognises only the land which is visible from the stones themselves - a throwback to the limited ideas of a century ago."

They said the UK's reputation for looking after its heritage could only be maintained if the plans were changed to make the tunnel much longer or officials opted for a surface route to the south of the World Heritage Site.

One of the academics, Professor David Jacques, who has led the work on the Blick Mead site to the east of Stonehenge said: "It is down to our generation to protect our ancient environment for future generations so that it may be better understood.

"Blick Mead is starting to tell us the story of the earliest phases of occupation in Britain and the Stonehenge landscape after the Ice Age through to the advent of farming.

"We can expect that the fast-evolving techniques of field archaeology will lead to major revelations here, if Blick Mead is not destroyed.

"If we damage it, that story will never be told."