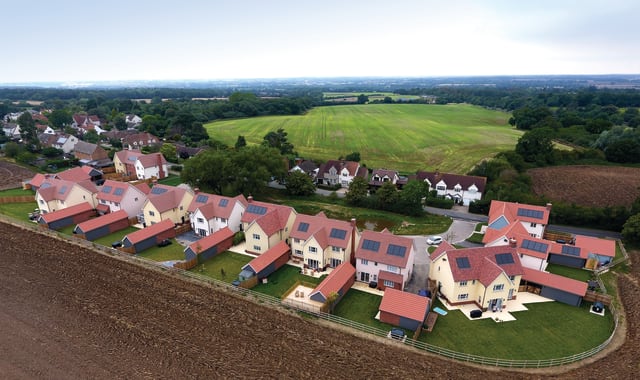 Councils are developing "subsidy-free" solar farms and schemes putting panels on homes and businesses to generate funds and cut bills, a report said.

The solar industry, which has been hit by changes to national policies and subsidy regimes, is calling on local authorities to boost renewables on new homes and existing buildings including schools, business parks and offices.

Many councils across the UK are already rolling out schemes from "smart" neighbourhoods with solar and electric vehicle charging to council homes with solar panels, a report by industry body the Solar Trade Association (STA) said.

And local authorities are now able to deliver solar farms which do not rely on subsidies, with West Sussex County Council building a subsidy-free project on a closed landfill site and others following suit, the industry report said.

Analysis has also revealed that the top 10 local authorities have invested more than £80 million in solar projects, with Forest Heath District Council in Suffolk topping the list, though there is significant variation in take-up of solar.

Peterborough tops the league for the highest proportion of homes with solar panels, around 11%, while only 0.1% in Kensington have the renewable energy technology, it showed.

Measures that can make solar work include using planning powers to demand higher standards on new developments, making use of interest-free finance from Government-funded Salix Finance, large-scale schemes and putting solar and storage alongside electric vehicle infrastructure, the STA said.

"Local people want a stake in clean energy, so they understand the tremendous value of solar and energy storage - both hugely accessible technologies.

"We've been impressed by the level of innovation and political leadership being demonstrated today by some councils.

"Our message to councils is don't wait on national Government; there is a lot you can do today with solar and the UK solar industry wants to work with you to help meet your climate, air quality and economic goals."

Some of the local authority projects highlighted in the report are:

- Cambridge City Council is building its first council homes in 20 years, which include solar power to reduce energy bills;

- Hounslow Council is planning two subsidy-free solar farms, with possible battery storage, with the potential for power from both sites to be fed back to council buildings and schools;

- City of Cardiff Council included a solar thermal system as part of its £5.5 million regeneration of a leisure centre, featuring a 25-metre swimming pool, cutting energy bills by 30%;

- Perth Food and Drink Park is being developed for business units with clean power sold by Perth and Kinross Council to business tenants from ground-mounted and roof-mounted solar.

Report author Leonie Greene said: "Our research showed that better national policy is needed to support domestic and community solar and the great ambitions of local government to use solar to tackle fuel poverty.

"But our report shows that many projects can be done today, free of central government, which heralds a new era of sustainable clean energy investment."