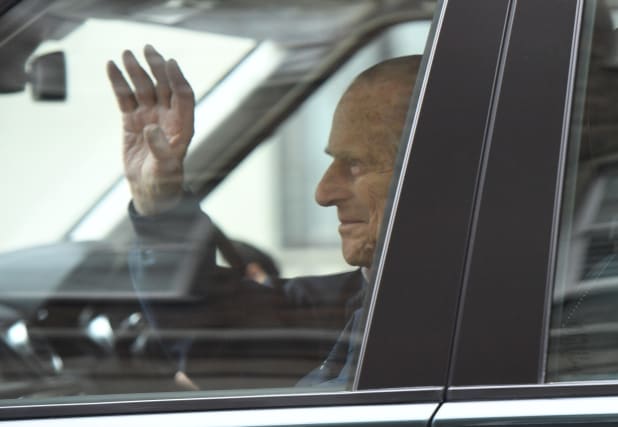 The Duke of Edinburgh has left hospital after 11 days following his successful hip operation.

The duke waved to onlookers as he was driven away in a Range Rover.

Buckingham Palace said he will continue his recovery at Windsor, adding: "His Royal Highness would like to convey his appreciation for the messages of good wishes he has received."

On Thursday he was visited by his daughter, the Princess Royal, who said he was "on good form".

Anne, whose visit lasted around 50 minutes, is believed to be the first and only Royal to visit Philip in the central London hospital.

The Queen also gave an update, telling a well-wisher in Windsor "he said he's getting on very well" when asked about Philip's recovery.

The duke will have already begun his rehabilitation moving with the aid of a stick or crutches, and will face weeks of more aftercare as he learns to walk again on his new hip.

For about a month before the operation the duke had complained about trouble with the joint but medical experts have said a few weeks after a hip replacement patients are usually back to their normal lifestyle, free from pain.

The Queen Mother underwent two successful hip replacement operations in the 1990s, first a planned procedure when aged 95 then later an emergency operation when 97 following a fall.

Prince Harry and Meghan Markle's wedding is on May 19 and the major family occasion is likely to be the first public appearance by the Queen's consort.