Mark Zuckerberg admits his personal data was given to Cambridge Analytica 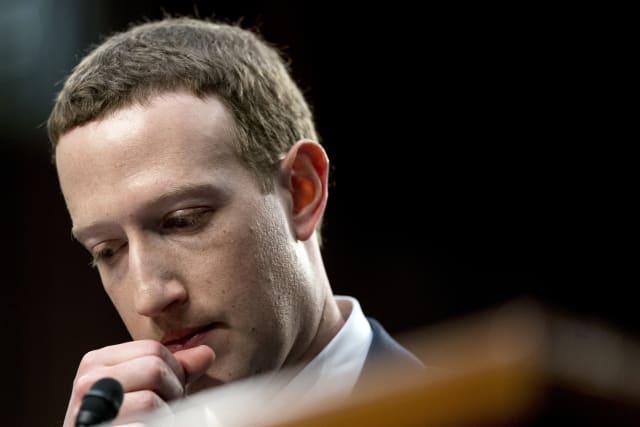 Facebook founder Mark Zuckerberg has admitted that his personal data was handed over to election consultants Cambridge Analytica, the British firm accused of helping politicians use Facebook data to manipulate users' voting intentions around the world.

Congresswoman Anna Eshoo, reading questions from her constituents at a hearing of the House Energy & Commerce Committee, asked Mr Zuckerberg whether his data was "included in the data sold to the malicious third parties".

The 33-year-old founder and CEO of Facebook, the social media giant at the centre of a number of overlapping scandals relating to how private information from its users is shared, is in Washington to face a second day of questioning from politicians.

On Tuesday Facebook began notifying more than 87 million people around the world, including one million Britons, that their private information may have been given to Cambridge Analytica by an app developer from Cambridge University.

Representatives grilled Mr Zuckerberg on a wide range of issues around privacy, surveillance, censorship and politics, regularly asking for yes or no answers which the Facebook founder struggled to provide.

Representative Eshoo called Facebook's terms and conditions around privacy a "minefield" and repeatedly asked Mr Zuckerberg whether he was "aware of other data mishandlings which have not been disclosed".

In response, he initially said no, but reiterated Facebook's new investigation into third-party apps on the platform was seeking to discover if there had been any other cases of misuse.

On the topic of Russian meddling in the 2016 US election, Mr Zuckerberg admitted it would be difficult to completely eradicate such behaviour for "as long as Russia employs people for the activity".

"It's an arms race and I think we're making ground," he said.

Politicians in the US and UK are weighing up the possibility of legislation to regulate large technology companies like Facebook, Google and Twitter which are accused of failing to regulate themselves.

In his opening statement committee chair Greg Walden quoted the company's early motto to "move fast and break things", asking whether the company had "moved too fast and broken too many things".

Mr Zuckerberg said that he believes regulation of his industry is "inevitable".