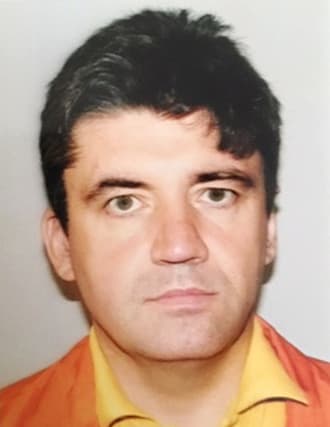 A Russian whistleblower won a legal battle against a firm led by the prime suspect in the Alexander Litvinenko poisoning a month before he died, an inquest heard.

Wealthy businessman Alexander Perepilichnyy, 44, collapsed while out jogging near his home in Weybridge, Surrey, in November 2012.

An inquest at the Old Bailey has been examining whether he died of natural causes or was poisoned, and if so, who had a motive for his murder.

Speaking via a video link from Moscow, Mr Lipkin said he had flown to London to meet him in November 2010 because the businessman "feared for his life" in his home country.

Peter Skelton, counsel for the coroner, asked if any of the alleged debts he was being pursued over were connected with "persons or organisations with criminal associations".

Mr Lipkin said he did not know of any, adding: "We had information that was used in proceedings that he did not come to Russia because he was fearful for his life."

The court heard how some of the cases involved a company, referred to in documents as Jsa LLC or Jirsa LLC, which allegedly take on debt for recovery.

According to an interview with a newspaper in 2012, Litvinenko murder suspect Dmitry Kovtun said he was invited by friends to become a director of Jsa because he enjoyed a "certain reputation".

But Mr Lipkin said he was not familiar with the Litvinenko case and could not remember a connection with Jsa.

He told how he successfully argued Mr Perepilichnyy's signature was forged on financial documents and won all the cases, including one appealed against by Jsa in October 2012.

Mr Skelton asked: "Is Jsa the type of company that if it does not succeed in court may resort to physical violence?"

Mr Lipkin said: "I do not know. We won that case."

Mr Skelton went on: "Do you know anyone who might have information to the effect either that he was being threatened or somebody might have wanted to kill him?

The witness denied it in Russian, saying: "Nyet".

On Jsa, Bob Moxon Browne QC, for Legal and General Assurance, said: "We know they had a reputation in Russia for acquiring money from people who did not want to pay it.

"It was not necessary for you to do research, Mr Lipkin, because Mr Kovtun was very well known in Russia in 2011 and 2012.

"And you knew because it was a matter of notoriety in Russia that Mr Kovtun had fallen ill as a result of exposure to polonium and had been given a medal by Mr Putin."

Mr Moxon Browne told the inquest that Mr Perepilichnyy had been sued over sums amounting to three million US dollars and £3 million.

Referring to Jsa's final unsuccessful  appeal, he said: "Do you agree, within one month of this judgment, which went against Jsa, Mr Perepilichnyy was dead?"

Coroner Nicholas Hilliard QC said: "I think we know the answer to that."

The court has heard how Mr Perepilichnny had been helping specialist investment firm Hermitage Capital Management uncover a 230 million US dollar (£150 million) Russian money-laundering operation at the time of his death.

Mr Lipkin confirmed he had also represented Hermitage in their case and said it was possible he was introduced to Mr Perepilichnyy by them.

But he denied a conflict of interests and said he did not act for Mr Perepilichnyy when he spoke to Swiss authorities about it.

He told the court he had no idea who might have been threatening Mr Perepilichnyy, or if it had anything to do with Hermitage.

He said he was aware of the concept of Reiderstvo, where a "criminal group use litigation as a way of intimidating or threatening people".

John Beggs QC, for the family, questioned the witness about his ongoing association with Bill Browder and his Hermitage group.

Mr Lipkin confirmed he had represented Hermitage between 2008 and 2012, had met Mr Browder a number of times in London, and continued to be paid an "insignificant" sum to monitor for the firm.