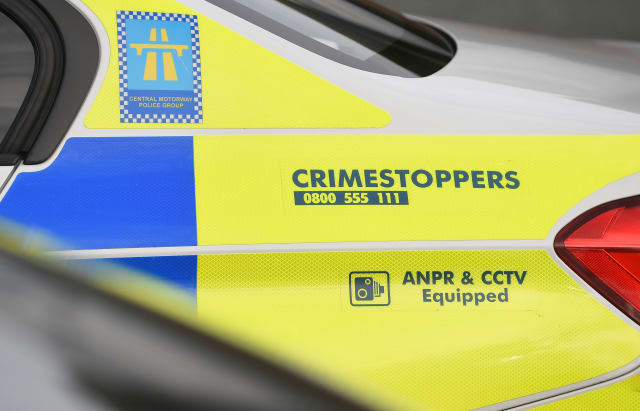 Police officers mistakenly filled patrol cars with the wrong type of fuel nearly 300 times in 2017 - at a cost of more than £50,000 in repairs.

The TaxPayers' Alliance described the figures, released after a Freedom of Information investigation by the Press Association, as "staggering".

Of the UK's 45 police forces, 40 responded and 33 admitted paying out for repairs to a police vehicle after a misfuelling incident last year - at an average cost of £178 a time.

John O'Connell, chief executive of pressure group the TaxPayers' Alliance, said: "It's staggering that such a simple mistake is being made almost daily.

"This careless attitude shows a lack of respect for those same taxpayers who both pay their wages and are forced to pay for the repairs.

"Millions of people manage this task with their own cars by taking a modicum of care - police officers should extend the same courtesy to their vehicles."

He said: "We saw a major spike in the number of misfuels in 2013-14 and addressed this by notifying users and local vehicle leads of the volume and cost of the mistake.

"We also labelled all vehicles with the fuel type as a reminder of the correct fuel that should be used.

"This has had a positive effect, with around a 53% reduction in the number of misfuels, but more importantly around a 90% reduction in actual cost of repairs.

"We put out regular reminders to staff, and this is continuing to have an impact on reducing the problem."

A spokesman for the Met said that since 2008 its vehicles had been refuelled 1.5 million times and mistakes were "a tiny proportion of total refuelling".

The spokesman added: "The MPS operates a mixed fleet of both petrol and diesel vehicles with a gradual move towards more petrol, hybrid and electric vehicles. Overall, the misfuelling rate is decreasing year on year.

"We ensure that every vehicle has a clear indication of which fuel is required on fuel flaps and vehicle log books."

Edmund King, AA president, said: "Perhaps we need a little more detective work at the pumps to ensure that the right fuel goes in the right car.

"Until all police cars are electric we will probably still see misfuelling problems."

A spokesman for the National Police Chiefs' Council said: "The misfuelling of police vehicles is relatively rare, especially when you consider that forces have thousands of vehicles which are in constant use and require frequent refuelling.

"Police drivers will often move from one vehicle to another depending on operational requirements, which can increase the possibility of mistakes being made.

"Some forces are already using electronic systems which have eradicated misfuelling completely, and nationally we are implementing similar technological improvements where it is deemed to represent best value for money."

Essex, Kent and Sussex failed to respond to the FOI request, Cambridgeshire refused to respond while the Police Service of Northern Ireland said it did not hold any relevant data.

City of London, Durham, Greater Manchester, Lancashire, Lincolnshire, Nottinghamshire and Dyfed-Powys did not misfuel any cars.