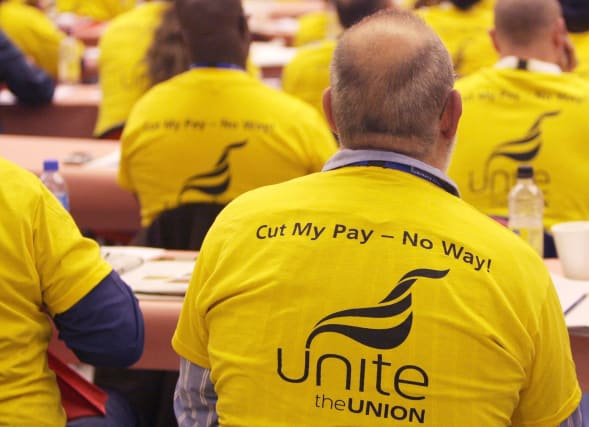 It means that when comparing hourly rates, for every £1 that a man earns on average, a woman is paid 70p.

The union's figures, which were published on the government database a day after the deadline of Wednesday, are not as bad as teachers' union NASUWT, where the figure is 42.7%.

Another union with a high gender pay gap is shop workers union Usdaw, which pays women 33.5% less than men on average.

Of the major UK unions none has reported a pay gap in favour of women.

By contrast, the TUC has no pay gap.

A spokesman from Unite said: "Unite is proud to be an equal pay employer and a leading force for equality in the workplace."

The gender pay gap is calculated as the difference between the average salaries of men and women, it is not the same as equal pay, where firms are required to pay people doing the same job the same salary regardless of gender.

On Wednesday the deadline passed for companies and public bodies with 250 employees to submit their median and mean gender pay gap figures to the Government.

Though the deadline has passed, employers continue to upload and amend their figures.