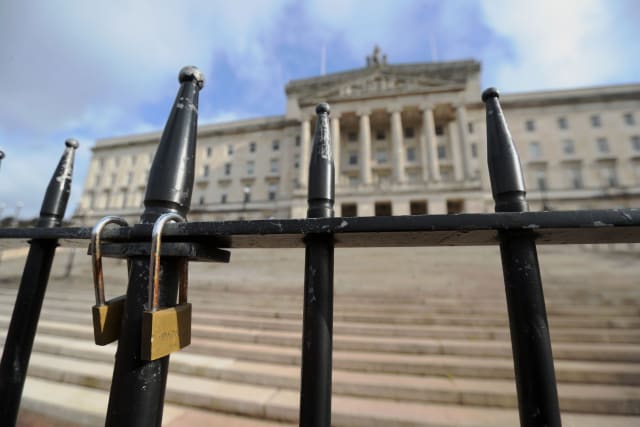 Sudan, Bosnia and South Africa are among other countries to benefit as they emerged from conflict.

The 1998 settlement which ended decades of violence in Northern Ireland used the principle that "nothing was agreed until everything is agreed".

It has informed the Brexit negotiations.

Other central concepts highlighted by University of Edinburgh researchers include "parity of esteem" - a reference to the protection of human rights - which was first used in the Belfast Agreement and later used in three deals in the Philippines.

The team found that referendums to decide whether agreements will be implemented - similar to the Good Friday Agreement referendum in 1998 - have been used for 13 cases since 1990.

Christine Bell, director of the University of Edinburgh's Global Justice Academy, said: "We were really surprised to see from our research the way that the Agreement had influenced other similar texts, and where the agreement had had unusual features.

"We often focus on how the Agreement played out in Northern Ireland, but in fact it has made an important contribution to the development of peace deals globally, which we can now use our data to trace over time."

Next week marks 20 years since the Good Friday Agreement was signed.

It instituted years of stop-start powersharing between nationalists and unionists and a process which saw the early release of paramilitary prisoners.

The subsequent peace process involved a series of landmark developments and ultimately culminated in the IRA and loyalist gunmen decommissioning arms and Sinn Fein accepting the police.

Devolved Government at Stormont has been in cold storage for months following a fall out between former governing partners the Democratic Unionists and Sinn Fein.

Researchers have developed an online resource to assess the influence of the Agreement.

Researchers analysed 33 individual settlements reached between 1990 and 2015 as part of the Northern Ireland peace process.

They compared the texts with other peace agreements to examine the way that the Good Friday Agreement had influenced the documents.