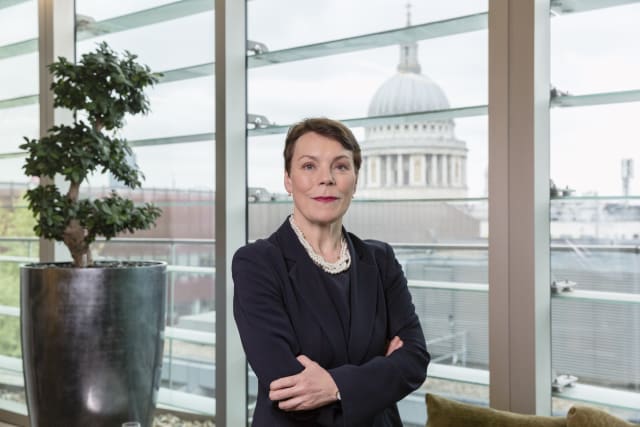 Businesses should come clean about the difficulties they are facing as a result of Brexit and the impact it will have on consumers, the Square Mile's governing body has said.

Catherine McGuinness, head of policy at the City of London Corporation, told the Press Association that business leaders speaking up about challenges is a sign of realism rather than politics.

"I don't think that's being political," she said.

"I think that saying Brexit is very difficult and there are real problems here and we need to sort out a sensible way isn't necessarily being political, I think that's the reality.

"And I think it is useful when business tells us that's the reality and it's going to have these implications for customers."

Ms McGuinness explained that the Corporation supported Remain before the referendum but has since "adopted a pragmatic approach" and is working with the financial sector to identify issues and "possible solutions".

Few financial services firms and a minority of business leaders have come out to say that the EU divorce will leave their companies in a better position, the most prominent of which have included Wetherspoon chairman Tim Martin and entrepreneur James Dyson.

Mr Martin has accused Remain figures of being too negative and claims the Brexit process is unlikely to have an adverse effect on the UK economy as companies will be able to replace EU suppliers with international alternatives, while Leave campaigner Mr Dyson has said he believes 90% of future growth would come from outside the EU.

The Corporation has been calling for a comprehensive free trade agreement with the EU which would cover financial services through mutual recognition, meaning financial firms will not have to rely on equivalence - which requires approval by the bloc and could be revoked.

While the recently struck transition agreement is undoubtedly positive for the City, Ms McGuinness said too little has been achieved since Brexit talks began.

"Two steps forward, one step back is a good way of putting it, and indeed I've said that myself from time to time.

"At the moment I do think we've made progress, it has been slow and it has been too slow, but I would say that, over the last few weeks, we've seen some real advances."

She also said it was positive to see "a little chink in the EU response, in that they do now seem to accept that financial services need specific dealing with".

The policy chief was alluding to a draft of EU Council guidelines for negotiations which reportedly include a reference to the need for "allowing appropriate access to financial services markets" through "reviewed and improved equivalence mechanisms".

"It's a tiny little gleam of light," Ms McGuinness said.

"But we've got a lot of work to do to persuade them, I think, that what we're proposing will, as we believe, work for the EU as well as the UK."

Without a deal, businesses are expected to shift EU-focused operations and key staff to rival financial hubs including Dublin, Paris, Frankfurt and Luxembourg.

JP Morgan is ramping up a number of EU sites with plans to move up to 1,000 London front and back-office roles, while EU lender Deutsche Bank is preparing to settle more of its transactions out of Frankfurt and is likely to move hundreds of staff from London.

Separately, HSBC has said it is on course to move up to 1,000 jobs to France.

However, Ms McGuinness said she is "not seeing any signs of a great Brexodus", with most institutions "planning to keep their big operations" in the UK.

"The question is what they would need to have elsewhere in order to serve customers properly, and of course Europe, the EU, is trying to attract as many jobs as possible.

"We would be doing that in the same position."