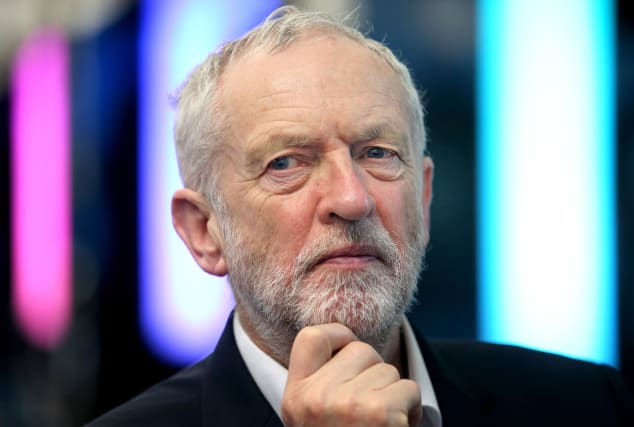 Anti-Semitism is more widespread within the Labour Party than was thought, and complaints cannot be dismissed as right-wing smears, the leadership of the Jeremy Corbyn-backing Momemtum movement has said.

Momentum's National Coordinating Group (NCG) released a statement acknowledging the anger of Britain's Jewish community at the "numerous" cases of anti-Semitism within Labour and the party's failure to deal with them "in a sufficiently decisive, swift and transparent manner".

The group announced Momentum was bringing in outside organisations to run awareness training on the issue.

The move came as a Jewish member of Labour's ruling National Executive Committee, Rhea Wolfson, said she was frustrated at the pace of action on anti-Semitism.

And new NEC member Eddie Izzard told The Mirror: "We must make amends and repair the damage with the Jewish community as Jeremy Corbyn has promised to do."

Mr Corbyn is facing demands to speed up the investigations into a backlog of around 70 complaints of anti-Semitism - including one against Ken Livingstone.

Labour has moved to distance itself from a series of pro-Corbyn social media groups after an investigation by The Sunday Times found they contained hundreds of violent and abusive messages.

Ex-Speaker of the Commons Lord Martin called for an extraordinary members' conference to address the problem.

The former Labour MP told The Guardian: "If you ran a restaurant, and it was dirty and there were cockroaches, you wouldn't get away with saying 'the restaurant down the road is dirty and has cockroaches too'. You would be expected to sort out the problem."

The NCG, which agreed the Momentum statement, includes Christine Shawcroft, who quit Labour's disputes panel and the NEC amid criticism of her opposition to the suspension of a council candidate accused of Holocaust denial.

The statement said: "Accusations of antisemitism should not and cannot be dismissed simply as right-wing smears nor as the result of conspiracies.

"Current examples of anti-Semitism within the Labour Party are not only a problem of a few, extreme 'bad apples' but also of unconscious bias which manifests itself in varied, nuanced and subtle ways and is more widespread in the Labour Party than many of us had understood even a few months ago."

While Mr Corbyn's opponents were "opportunistically using this issue as a way to undermine his leadership", this did not reduce the need to challenge anti-Semitism, the statement said.

As well as backing Labour Party initiatives on the issue, Momentum will review its constitution and complaints procedures to ensure they fulfil the group's commitment to "stamping out" anti-Semitism.

The Momentum statement follows a wave of left-wing comment on social media dismissing anti-Semitism complaints as smears from the Labour leader's political opponents.

And it stands in contrast to an open letter to Mr Corbyn from a group called Labour Against The Witchhunt.

The letter - signed by more than 2,500 people including LAW chair Jackie Walker - blamed the allegations on "a cynical alliance between those who wish to deflect criticism of Israel and Zionism, and the right-wing in the Labour Party and the news media, who oppose your wider politics".

Ms Wolfson, who represents constituency Labour parties on the NEC, told BBC Radio 4's Today programme: "There is very clearly a real issue, a huge piece of work that needs to be done in the Labour Party, around modern anti-Semitism and giving people the tools to recognise when legitimate criticism of Israel crosses the line into anti-Semitism."

She added: "Action has been taken. I am frustrated by the pace of action, as I know a lot of people are - there is a heck of a lot more that needs to be done - but things have happened."

Ms Wolfson said she expected the process to enter a "new stage" as new general secretary Jennie Formby takes the reins of the NEC.

"Jeremy has specifically asked her to make this her number one priority," she said. "She starts on Tuesday, so I think we will see a speeding up of these changes."