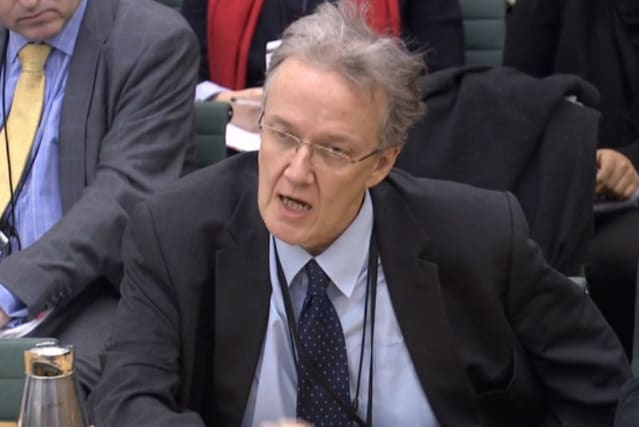 The Ministry of Justice must shoulder some of the blame over the John Worboys case, the outgoing head of the Parole Board has claimed.

Professor Nick Hardwick stood down as chairman of the Board after its hugely controversial decision to order black cab rapist Worboys's release was quashed by the High Court.

In his first interviews since his departure was announced, Prof Hardwick revealed that he did not resign "willingly" and argued the ministry was equally culpable for shortcomings in the episode.

The MoJ pointed out that Justice Secretary David Gauke had apologised to Worboys's victims and acknowledged the department's failings after the judgment was handed down.

Prof Hardwick, who was told by Mr Gauke that his position was untenable in a meeting on Tuesday, said: "I don't think the Ministry of Justice is being correct in this.

"I absolutely accept that the Parole Board was at fault in these matters.

"I don't accept that we were any more at fault than the Ministry of Justice and I don't believe that the right lessons will be learned from this case if the only people accepting any responsibility for the things that went wrong here is us."

He added: "I don't think the Secretary of State should resign.

"I do think the Secretary of State should, as I've done, accept responsibility for the mistakes that were made because that is the only way that things will be put right."

Prof Hardwick told the BBC that the MoJ failed to include all the necessary information in a dossier of evidence assessed by the three-member panel that concluded Worboys was safe to be released.

He pointed out that he had no personal role in the release decision but stopped short of claiming he had been scapegoated.

He said: "I wouldn't use the word scapegoated but what I would say is that all of those responsible for what went wrong in this case have to take their share of responsibility."

Outrage erupted in January after it emerged Worboys was to be freed after around a decade behind bars.

The serial sex attacker was jailed indefinitely in 2009 with a minimum term of eight years after being found guilty of 19 offences, including rape, sexual assault and drugging, committed against 12 victims.

The Parole Board was ordered to revisit the case after two victims mounted a legal challenge in the High Court.

It means Worboys, 60, will remain in jail at least until the case has been re-assessed. The process is expected to take a number of months.

In the wake of the ruling Mr Gauke defended the Government's decision not to seek a judicial review of its own.

He also announced a package of measures including a new mechanism to challenge the board's decisions and steps to ensure dossiers prepared by the prison and probation service contain all necessary paperwork.

Speaking in the Commons on Wednesday, Mr Gauke apologised to Worboys's victims.

He said: "The system hasn't worked for them and I acknowledge that and I apologise for that.

"We need to make sure the system works in the future."