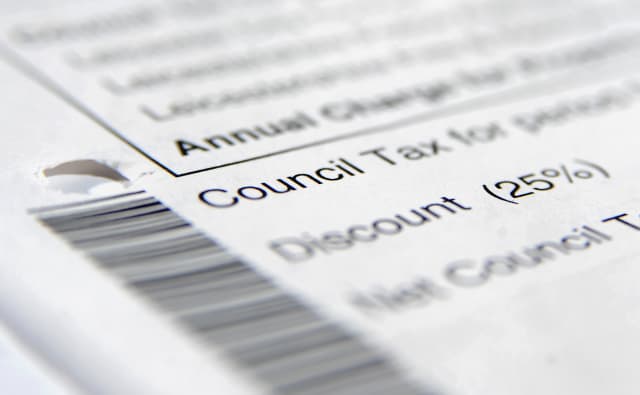 The Scottish Government, backed by the Conservatives, has defeated a Green motion to scrap the council tax system.

The SNP had promised to abolish the charge when it was first elected to power in 2007, but backtracked two years later as there was "no consensus" in Holyrood for the change.

The Scottish Government has since made some reforms to the charge but the Greens want the system scrapped.

Green local government spokesman Andy Wightman warned the party would not back the Scottish budget, as the minority administration has relied on in recent years, unless there was agreement to fundamentally reform council tax.

He said: "We want to see action and that includes as a bare minimum an unequivocal agreement to scrap the council tax.

"It's a fundamentally bad tax and I'm disappointed that the government continues to believe that some minor tinkering will make the meaningful changes that are needed.

"A succession of reports, analyses and inquiries have all said quite clearly that this iniquitous, regressive and archaic tax has had its day."

Liberal Democrat leader Willie Rennie added: "We favour the ending of the council tax. We think it's unfair. A land value tax is our alternative as it would levy a charge on the real economic value of the land."

Tory MSP Murdo Fraser said his party rejected the Green plans to scrap the tax "without any idea as to what is to replace it".

He said: "Already the overall income tax burden in Scotland is higher than the rest of the United Kingdom.

"We do not want to see discussions around tax reform being used as a Trojan horse for yet more taxes on hard pressed Scottish families at a time when our economy is faltering."

He said his party backed plans to give councils additional taxation powers and opposed any overall tax increases.

Labour's James Kelly said local councils should be given the power to raise revenue in other ways, such as through tourist taxes or a tax on vacant or economically inactive land.

He said: "We very much welcome the Greens' motion today and the suggestion of cross-party talks to tackle this issue and to try and come up with constructive solutions.

"It is time up for the council tax and it's time for this inept SNP government to build a proper democratic solution that delivers for local people."

Scottish Finance Secretary Derek Mackay said council tax is "fairer" since the 2016 reforms and argued the £500 million extra raised for public services could not been seen as "tinkering".

He said the government has been determined to strike the right balance between protecting household incomes and public service resources.

He said there is "no majority view on a replacement" and "no clear alternative proposition", so setting up a cross-party implementation group as called for by the Green is "somewhat presumptive".

A majority of MSPs, 86, voted with the government with 28 voting against.