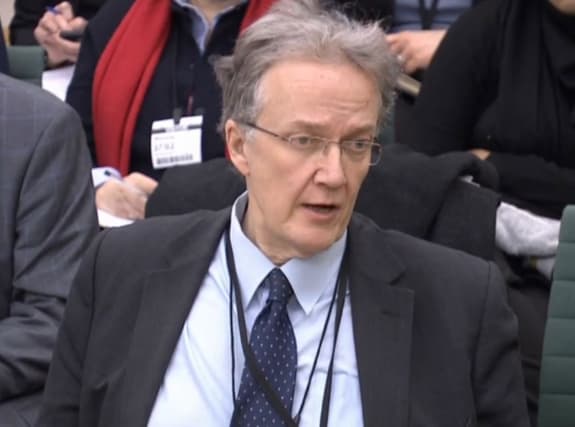 The head of the body that ordered the release of black cab rapist John Worboys has resigned after the High Court quashed the decision.

Parole Board chairman Professor Nick Hardwick announced he was standing down after being told by Justice Secretary David Gauke that his position was "untenable".

The dramatic development came as three senior judges in London ruled that the board must make a "fresh determination".

It means Worboys, 60, will remain in jail at least until the case has been re-assessed. The process is expected to take several months.

Outrage erupted earlier this year after it emerged a three-person panel had decided that Worboys was safe to be freed after around a decade behind bars.

The serial sex attacker was jailed indefinitely in 2009 with a minimum term of eight years after being found guilty of 19 offences, including rape, sexual assault and drugging, committed against 12 victims.

Worboys became known as the black cab rapist after attacking victims in his hackney carriage.

The Parole Board was ordered to revisit the case after two victims mounted a legal challenge in the High Court.

Handing down their ruling, Sir Brian Leveson, Mr Justice Jay and Mr Justice Garnham said the board should have "undertaken further inquiry" into the circumstances of Worboys' offending.

The two women who brought the legal challenge, known as DSD and NBV, expressed relief at the outcome.

NBV said: "I can get on with my life again without looking over my shoulder."

Their solicitor, Harriet Wistrich, said since news of the decision to release Worboys appeared in the media, she had been inundated with calls from other victims who were "convinced he was a danger to women and would offend again".

The judges heard that Worboys has denied committing any offences other than those for which he was convicted.

He said: "The court did however find that the panel's understanding that it could not go beyond the offences for which Worboys was convicted was mistaken.

"I shared the panel's misapprehension in this matter and this was supported by the advice I received. We were wrong."

Addressing Mr Gauke, who he met on Tuesday, Prof Hardwick said: "You told me that you thought my position was untenable."

The outgoing chairman said he had no role in the decision and believes he is capable of leading the Parole Board "through the changes, many of which I have advocated, that will now be necessary".

Saying he was "sorry for the mistakes that were made", Prof Hardwick said he would "accept accountability" for the Board's work and "will not pass the buck to those who work under me".

He also warned that the episode raises "very troubling" questions about how the Board's independence can be "safeguarded".

Mr Gauke said he believed Prof Hardwick's decision to resign was correct "in light of the serious failings" outlined in the judgment.

The cabinet minister also defended the Government's decision not to launch its own legal challenge.

He said: "The bar for judicial review is set high.

"I considered whether the decision was legally rational - in other words, a decision which no reasonable Parole Board could have made.

"The advice I received was that such an argument was highly unlikely to succeed.

"And, indeed, this argument did not succeed. However, the victims succeeded in a different argument."

The Parole Board had argued that its decision was "lawful and rational" and was based on appropriate evidence.

Following the judgment, the organisation said it will not challenge the outcome and the case will now be "re-referred".

An oral hearing will take place in the next few months.