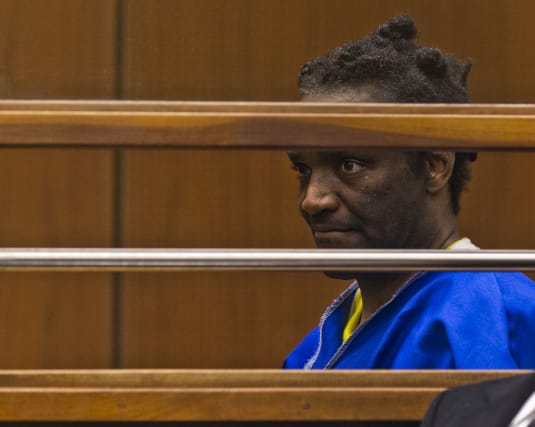 A man who denies stealing Frances McDormand's Oscar from an after party will appear in court charged with theft.

Terry Bryant, 47, will appear before a judge in Los Angeles on Wednesday accused of swiping the best actress Academy Award as McDormand celebrated her victory for Three Billboards Outside Ebbing, Missouri at the Governors Ball.

Bryant, described as a "sweet, gentle man of faith" by his rabbi, was released on bail after pleading not guilty to one charge of grand theft of property.

The court was previously told Bryant has 13 primarily theft-related convictions from between 1994 and 2012.

He was see leaving the ball in a tuxedo as he showed off the award to photographers, including one who confronted Bryant after not recognising him as a victor.

Bryant was also seen planting a kiss on the award's head in a video selfie on Facebook on March 4.

"Look it, baby. My team got this tonight. This is mine," he said in the now-deleted clip.

His lawyer, Daniel Brookman, previously said there is a "difference between holding an Oscar and what he is charged with".

A publicist for McDormand, 60, said she was "happily reunited" with the award, her second best actress Oscar.