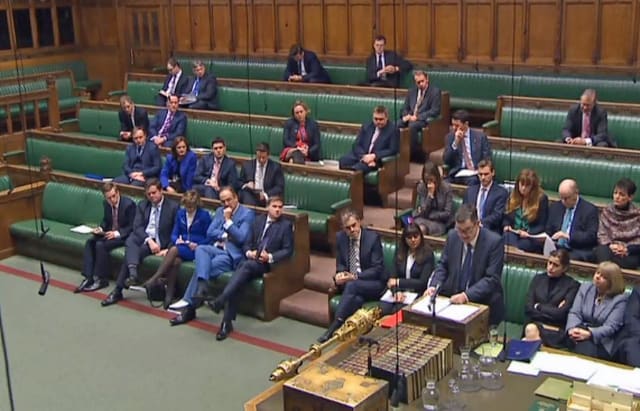 The admission came as the minister apologised in the Commons to the victims of Worboys, saying that the case "should have been much more effectively dealt with."

Mr Gauke told MPs that there "should have been much greater probing", adding: "I deeply regret that that did not happen. I'm sorry that that happened."

Tory former minister Justine Greening later asked Mr Gauke to confirm whether the judgment itself could be challenged by Worboys, after three senior judges ruled that the Parole Board must make a "fresh determination" over whether he should be released.

He replied: "Yes, it is possible for this decision to be appealed."

Tory backbencher Zac Goldsmith later praised victims for campaigning for a judicial review and exposing the "profound errors" in the case.

He said: "The reality is that these victims have managed to blow open the system using a very big, popular campaign and they've given us a rare glimpse into something which I think many people across this House would find utterly terrifying.

"The profound errors that have been uncovered by Leveson in the inquiry that he's just concluded."

Mr Goldsmith went on to ask whether the Ministry of Justice review into the transparency of Parole Board decisions would be concluded before the next hearing of the Worboys case.

Mr Gauke said he would be "astonished" if the hearing went ahead before new transparency rules were in place.

She said: "It's not a good look simply to say this is about responsibility of the Parole Board if we're to get to the reforms that we actually need."

Tory former minister Anna Soubry (Broxtowe) added: "It is absolutely the case that he should not have brought a judicial review but equally we can't have a system whereby we rely upon victims, victims of a serial predatory sex offender to keep us safe, the primary role of Government is to keep the people safe."

Mr Gauke acknowledged that the MoJ could do "much more" to ensure that information is provided to Parole Boards.

He added: "Clearly there were failures within this, it's one of the reasons why my position of bringing a judicial review was weaker than the victims because they were able to make those arguments in a a way that wasn't open to me."

Former justice secretary Ken Clarke came to the defence of Mr Gauke, saying that it would have been "scandalous" to ignore the original legal advice not to launch a judicial review.

He said: "It would be absolutely scandalous if he as Justice Secretary had ignored the legal advice he got, which sounds to be perfectly sensible on the basis of the facts available to him.

"It would be a very bad day if ministers started intervening in criminal sentencing cases in response to campaigning and did not judge them objectively according to the rule of law and the public interest."