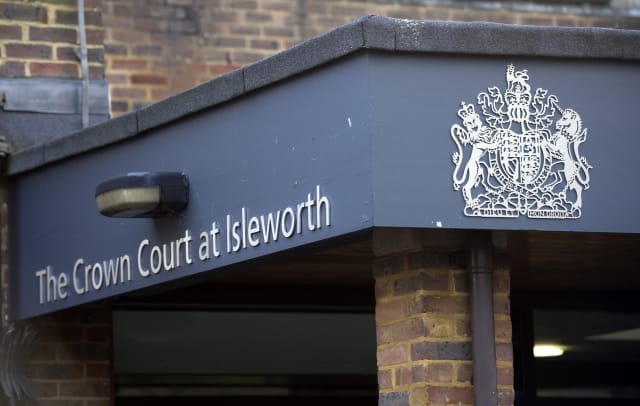 A 91-year-old man suffered "horrific injuries" when he was robbed at his home for a shopping bag of food, a court has heard.

Michael Parker, 56, pushed Frederick Rymell from behind, then punched him in the face before making off with goods worth around £100 in west London.

The victim was left at his front door with bruises to his eye, face and right arm as well as bleeding under the skin.

Prosecutor Ruxana Nasser said they were "horrific injuries for a man of that age" adding that he was left "terribly shaken" and feeling "extremely vulnerable".

In a victim impact statement, Mr Rymell said: "The incident has frightened me. I'm surprised someone can even do that to me, or anybody."

Parker, who has a string of convictions dating back to 1978, pleaded guilty to a single count of robbery on February 27 this year at Isleworth Crown Court on Wednesday.

He said: "Bearing in mind the age of the victim and the shocking circumstances of this offence, I feel it is in the interest of justice for him (Parker) to be assessed for dangerousness."

The court heard said the victim had just returned home from shopping in Hayes, west London, when Parker struck.

"He opened his front door, he carried his shopping inside," said the prosecutor.

"He has just gone inside the house, he was then pushed from behind by Parker."

"Mr Rymell has then been punched in the eye by the defendant, who took one of Mr Rymell's khaki shopping bags full of food - the shopping was £100," said Ms Nasser.