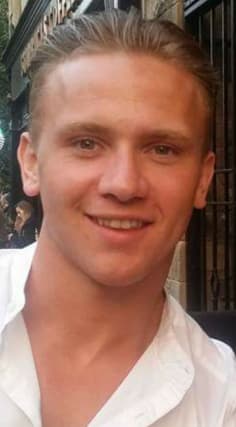 The mother of missing airman Corrie McKeague has said police have handed the investigation to a cold case squad before looking at all the information.

No trace of the 23-year-old has been found since he was last seen in Bury St Edmunds, Suffolk, on September 24 2016, and the current theory is that he climbed into a waste bin and was taken away by a refuse lorry.

Suffolk Police said in a statement that investigators had been through all realistic possibilities in detail, that there was no evidence of foul play and that the inquiry would move to the cold case team.

Mr McKeague's mother, Nicola Urquhart, appearing on the BBC's Victoria Derbyshire show alongside her sons Makeyan and Darroch, said: "The police have done a massive amount of work, we are really grateful for everything that they have done.

"I don't want to come on here and just criticise the police, but - and it may be that we get to the same point as they are - but they've turned this over to a cold case before they've looked at all the information."

Police carried out two searches of a landfill site at Milton, near Cambridge, last year, with the first lasting 20 weeks and the second, lasting seven weeks, concluding in December.

They sifted through thousands of tonnes of waste in the two areas where it was most likely for Mr McKeague to have ended up, but the records used were not detailed enough to rule out him being elsewhere.

Investigators were also initially given the wrong weight of the bin that Mr McKeague may have climbed into, making it too light to support the theory that he was in there.

However this was later corrected, showing that it was actually much heavier than normal.

Ms Urquhart said the raw bin lorry weight data did not match with the story police had been given.

"That raw data has either been manipulated or somebody's lying about what they've told the police," she said.

Mr McKeague's girlfriend, April Oliver, announced last June that the missing serviceman had become a father with the birth of their daughter.

His father, Martin, told the Daily Mirror he thought his son knew he was going to become a father, which may have affected his mental state, and he feared the airman may have killed himself.

Responding to this, Ms Urquhart said: "Corrie did not know, it had not been confirmed and he was not depressed.

"There was nothing in his medical records to suggest it."

She added: "What's important - and the only thing that we should ever have to be talking about - is what can be done to try and find Corrie because we will not give up until we've got reasonable answers to reasonable inquiries."