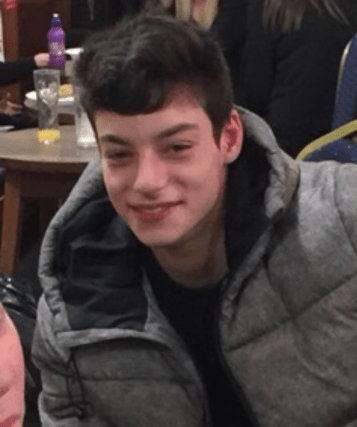 An 18-year-old man who was murdered in Bedfordshire has been described as "extremely kind at heart".

Azaan Kaleem, from Luton, was fatally wounded following an incident in Hartsfield Road, which officers were called to at approximately 5.20pm on Thursday.

The teenager was taken to hospital, but died on Saturday.

Paying tribute to him, his family said in a statement: "Azaan (AJ) was a full-of-life 18-year-old. He was a handsome young man who was always ready to help others and extremely kind at heart.

"He will live on in the hearts and memories of his loved ones and friends."

Detectives would like to speak to the drivers of a dark coloured car, a small bright blue car, and a silver car - which were all seen driving along the road at the time of the incident.

Detective Inspector Dani Bailey, said: "This is a truly tragic incident which has resulted in a young man sadly dying as a result of his injuries.

"We are continuing to follow a number of leads and I would urge anyone with information which could help our investigation to contact us.

"In particular, we know a number of cars were in the area at the time and were seen driving on Hartsfield Road and I would obviously urge anyone in these vehicles to get in touch as they may have vital information.

"Such violent behaviour is not acceptable and will not be tolerated in Bedfordshire. We are determined to find those responsible and bring them to justice."

High levels of coronavirus cases and deaths ‘could last until spring’

Sturgeon: Discharges did not lead to covid care home deaths