Impact of online shopping on roads should be 'national priority' 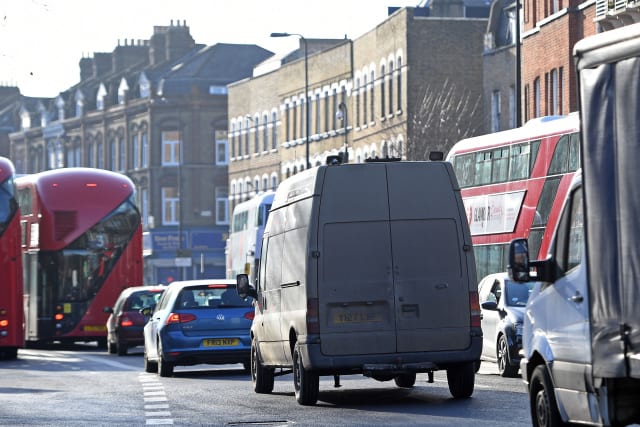 Online shopping is causing roads to be clogged up and worn out by delivery vans, councils have claimed.

Tackling the cost of congestion and repair bills "must be a national priority", the Local Government Association (LGA) said.

The distance travelled by light goods vehicles (LGVs) in Britain has risen by almost 20% since 2011, according to LGA analysis of Government data, while average speeds on A-roads have fallen by 4% since 2014.

Meanwhile, the amount of money spent at the UK's 20 biggest online-only retailers was up by 23% in 2016/17 compared with the previous 12 months, a recent report found.

The LGA wants the Government to give councils two pence per litre of existing fuel duty to spend on local roads maintenance. This would be worth around £1 billion a year.

A study by the Asphalt Industry Alliance published this week found that one in five local roads in England and Wales have less than five years of life remaining before they become unusable due to potholes, worn out road markings and general wear and tear.

"This is adding to congestion and wear and tear on our local roads, which already face a £9.3 billion repair bill.

"Tackling this bill must be a national priority. Unless we take action now, our roads crisis will continue to escalate and have major consequences for the national economy."

Steve Gooding, director of the RAC Foundation, said: "The sheer weight of traffic is certainly wearing out our roads but it's probably not fair to put all the blame on delivery vans.

"These make up only around 5% of the four million vans licensed, though they do account for about 10% of all van mileage and this is likely to increase.

"On the plus side, the more shopping we do online the fewer journeys we are probably making to the shops.

"In 2016, an estimated 1.8 billion parcels were delivered to people's homes, the vast bulk of them as a result of e-commerce."