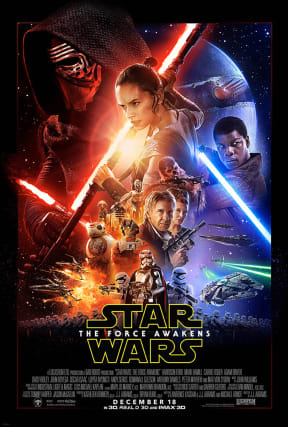 A film producer and distributor has won damages from Lucasfilm over a Star Wars fan convention.

Marc John's Quantum Digital specialises in the filming and broadcasting of special events which are beamed live via satellite to cinemas.

Mr John claimed that Lucasfilm deprived him of the opportunity of filming For The Love Of The Force at the Bowlers Exhibition Centre in Manchester in December 2015, and broadcasting it.

He estimated he would have made £1.34 million from the distribution of the film, shortly before the release of the hotly anticipated Star Wars Episode VII: The Force Awakens - the first in a new trilogy backed by Disney.

He alleged that California-based Lucasfilm interfered in his July 2015 contract with organisers Candy Events Ltd (CEL) over the filming and broadcasting of the sell-out event.

Mr John's counsel, Shane Sibbel, contended that Lucasfilm's concern was that the film would "dilute the launch" of Episode VII.

Denying Mr John's claim, Lucasfilm said it was a term of the agreement that Mr John's right to film was conditional on obtaining  its approval, and there was no breach of the agreement because CEL and Mr John agreed to rescind it.

If there was a breach, it denied that it had the requisite knowledge and intention to give rise to liability for procuring a breach of contract.

It also said that,  not only would Mr John not have made a profit from the proposed film, he would most likely have made a loss.

On Friday at London's High Court, Deputy Judge Veronique Buehrlen found in Mr John's favour on liability and assessed his loss at £39,504.

She said the agreement included nothing about approval, there was a repudiation on the part of CEL of its agreement with Mr John, and that Lucasfilm had both the requisite knowledge and intent.