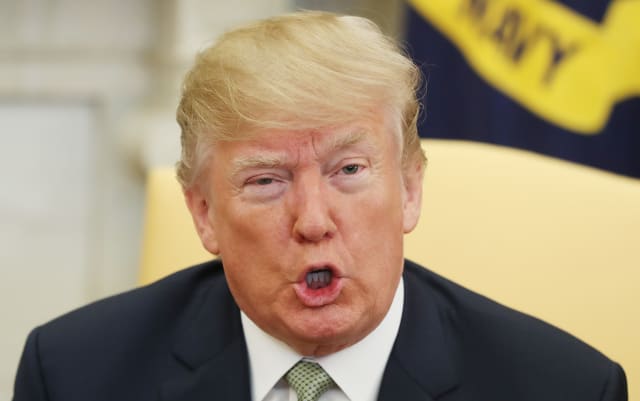 European Union member countries have been temporarily exempted from steel and aluminium tariffs announced by US president Donald Trump.

As well as the EU nations, six other countries - Canada, Mexico, Australia, Argentina, Brazil, South Korea - will also be free from the tariffs of 25% on imported steel and 10% on aluminium.

The White House said the levies have been suspended until May 1 this year, pending further discussions, as tariffs on other countries came into effect on Friday.

Mr Trump authorised the "pause" for the EU and other countries as Theresa May and European leaders were due to discuss the import duties on Friday.

European Council president Donald Tusk had said it was "time for politicians on both sides of the Atlantic to act responsibly", while Mrs May had told Mr Trump of her "deep concern" over the plans.

US trade representative Robert Lighthizer had earlier signalled that the EU along with a number of other countries would receive temporary exemptions.

The disclosure came as Mr Trump signed an order paving the way for the imposition of wide-ranging tariffs on imports from China worth 60 billion dollars (£43 billion) in response to an "assault" on the US from cheap overseas metal.

The White House said other countries not included in the exemption list are welcome to open discussions with the US "based on a shared commitment to addressing global excess steel and aluminium capacity and production."