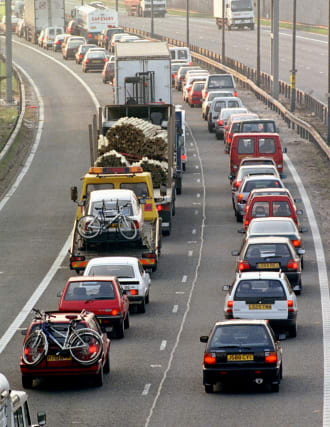 The Government has angered activists by ruling out a national scrappage scheme for diesel vehicles.

Councils can still apply to run their own local scrappage schemes using cash from the Government's £220 million Clean Air Fund, the Department for Environment, Food and Rural Affairs (Defra) said.

The prospect of offering diesel drivers compensation to scrap or modify high-polluting vehicles was raised last year as a potential measure to tackle air pollution.

In a formal response to a consultation published on Friday, the Government said: "A targeted scheme would be difficult to deliver, potentially open to abuse and could disrupt the existing car market."

"In response to these concerns we are not proposing to take forward a national scrappage scheme at this time."

The move has angered campaigners, including Morten Thaysen, from Greenpeace UK.

"The government has just performed a tyre-burning U-turn on the national scrappage scheme," he said.

"This measure would have been a good opportunity to take polluting cars off our roads while helping drivers who bought dirty diesels on a false prospectus.

"Instead, ministers are once again passing the buck to local authorities."

But Defra denied performing a U-turn.

A spokeswoman said: "It is wrong to claim that we have changed our position or ruled out scrappage. We have consistently said that any potential scrappage scheme would be targeted.