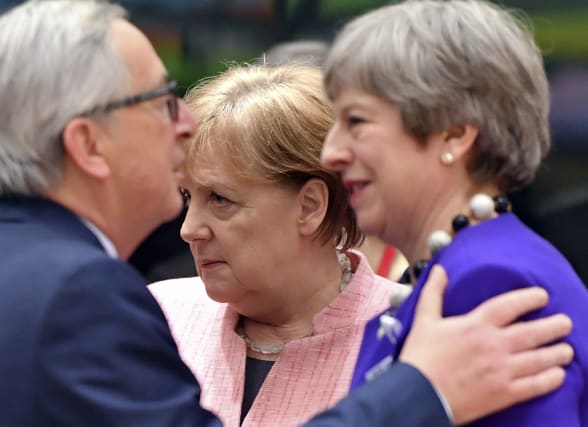 The European Council has backed Britain over the Salisbury nerve agent attack, agreeing that the only plausible explanation is that Russia is responsible.

The decision  came after Prime Minister Theresa May gave EU leaders at the European Council summit in Brussels a detailed account of the evidence which led the UK to point the finger of blame at Moscow.

European Council president Donald Tusk said: "European Council agrees with UK government that highly likely Russia is responsible for Salisbury attack and that there is no other plausible explanation."

The announcement came as reports suggested that as many as five EU countries - France, Poland and the three Baltic states - are considering following Britain's lead by expelling suspected Russian spies.

Foreign ministers of the 28-nation bloc issued a statement on Monday voicing "unqualified solidarity" with the UK, but stopping short of pointing the finger of blame at Moscow for the March 4 attack on ex-spy Sergei Skripal and his daughter Yulia.

Addressing the other 27 EU leaders over dinner, she set out the four pillars of evidence which the UK believe put Russia in the frame:

- The positive identification by experts at Porton Down of the specific chemical used as a type of Novichok nerve agent;

- The knowledge that Russia has produced this agent within the last 10 years and remains capable of doing so;

At a press conference in Brussels, European Council president Donald Tusk and Commission president Jean-Claude Juncker dodged a question of whether they shared Britain's assessment that Russia is now "a strategic enemy, not a strategic partner", saying only that the Salisbury attack would be discussed later.

But several EU leaders, including Angela Merkel, voiced solidarity with the UK. Mrs May met the German Chancellor and France's president Emmanuel Macron on the margins of the summit to discuss the international response to Salisbury.

And Lithuania's president Dalia Grybauskaite said she was considering following Britain's lead by expelling Russian spies from her country.

Resistance to a firmer line with Moscow was apparently coming from Greece, whose prime minister Alexis Tsipras said: "We have to express solidarity to the British people for the Salisbury case, but we also need to be responsible on that issue."

Arriving at the summit, Mrs May said she would tell fellow leaders that she sees the attack on Mr Skripal as part of a pattern of Russian aggression which threatens the continent's democracies and requires a united response.

Wearing a white ribbon in commemoration of terror attacks in Westminster and Brussels, the Prime Minister said: "Russia staged a brazen and reckless attack against the United Kingdom when it attempted the murder of two people in the streets of Salisbury.

"I will be raising this issue with my counterparts today because it is clear that the Russian threat doesn't respect borders and indeed the incident in Salisbury was part of a pattern of Russian aggression against Europe and its near neighbours from the western Balkans to the Middle East."

"Nobody has the right to insult the Russian people, who defeated the Nazis," he said.

Mr Yakovenko demanded evidence for Britain's allegation that Russia was behind the Salisbury attack, saying official statements on the poisoning had been "wild" and the UK had "built its official position on pure assumptions".

The response of the Government had created "serious problems" in the Russia-UK relationship, he said.