British adults spend large on having fun at children's activities 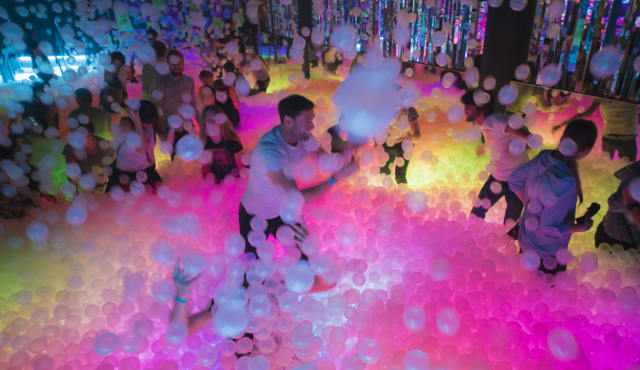 Adults are fuelling a boom in the leisure market by seeking out activities usually reserved for children's parties, figures show.

Fun-loving Britons are expected to spend £129 billion on leisure activities this year, a 17% increase on five years ago, with activities such as trampolining and outdoor assault courses seeing a surge in interest from adults, analysts Mintel said.

Almost three in ten adults (28%) have tried trampolining, with a further 24% interested in trying it in the future, with interest peaking among 25 to 34-year-olds (37%) - although 8% of over 55s also said they were keen on the activity.

One in seven adults (15%) have also tried an outdoor assault course with a further 29% interested in trying one in the future, rising to just under half (46%) of 18 to 24-year-olds.

Leading operator Oxygen Freejumping has 10 sites but is aiming for 20 by the end of 2018, and offers a Bear Grylls Fitness zone and corporate events with food and drink, including alcohol, alongside toddler sessions and kids' parties.

London's adult ball pit bar Ballie Ballerson closed in October as it relocated to a bigger site, with the new venue boasting one million ultraviolet (UV) balls, a 60 metre UV mural and ball pit waterfall, accompanied by cocktails and DJs.

Other new leisure activities that have already captured people's interest include immersive theatre, with 13% having tried it, virtual reality theme park rides (11%) and escape room challenges (10%).

Ten pin bowling has made a comeback, seeing 28% growth since 2012, while online gaming and betting and concerts, music and festivals were the other two fastest growing leisure markets by value over the last five years, up 67% and 35% respectively.

In contrast, nightclubs was the worst performing sector of the leisure industry, suffering an 18% decline between 2012 and 2017.

Some 30% of UK adults and 48% of millennials who have taken part in a leisure activity in the last year say they are spending more money on them than they were a year ago.

Mintel associate director of leisure, Helen Fricker, said: "More adults are taking part in activities that are traditionally aimed at children. There has been a rise in trampolining parks and ball pits that cater to adults.

"Other kids' party favourites, such as bouncy castles and slides, are also getting the grown-up treatment.

"Whether it's trampolining, outdoor assault courses or escape room challenges, there is a clear drive towards activities which are more active in nature."

She added: "Understandably, an outdoor assault course is not going to appeal to everyone as they generally require a good level of physical fitness and have a reputation for not being for the faint-hearted.

"However, the rise in their popularity among millennials is reflective of how health and fitness have become almost a status symbol.

"Nightclubs are still struggling to overcome the challenges they face as the result of changing consumer habits, including young adults drinking less, and many more alternative night-time activities such as immersive cinema or indoor street food markets."

Cummings ‘made a mockery’ of police lockdown enforcement

Labour: PM has 'failed test' in not sacking Cummings

Brexit briefing: 220 days until the end of the transition period