Big Issue founder Lord Bird: I beat and kicked my father for attacking my mother 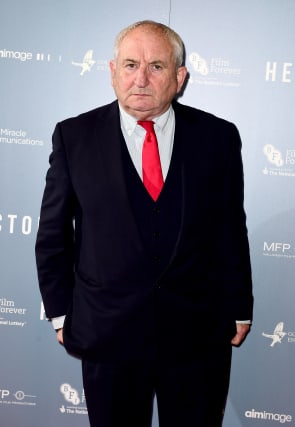 Big Issue founder Lord Bird has admitted to beating his father after finding him pouring hot water over his mother.

In a debate on domestic abuse, Lord Bird said that at the age of 18 when he came home from boys' prison he discovered his father pouring a kettle of hot water over his mother.

"So I rushed into the kitchen, I beat my father to the ground, I stamped on him, kicked him, did everything conceivable and said 'if you touch my mother again I shall kill you'.

"For the next nine years he didn't touch my mother and they grew in love with each other. Violence doesn't necessarily mean one person hates another person."

Lord Bird told peers that people were sometimes overwhelmed by economic privation or lack of opportunity and took it out on their children or their spouse.

The independent crossbench peer said he had established "boundaries" that his father couldn't breach but he wasn't suggesting "that we now go round and beat up people who have beaten up their children or their wives".

Lord Bird also disclosed that 15 years ago he saw an advert in the Big Issue for a violence initiative and asked to start the course to control his own aggression.

He said he told those running the initiative: "I'm a 58-year-old man and I'm so aggressive. I'm about to re-marry and I don't want to be aggressive the way I was when I was bringing up my children again."

Lord Bird said while he hadn't beaten his previous wife or children he had been "aggressive and over-bearing", wagging his finger in their faces on too many occasions and "often destroyed the domesticity we were supposed to be sharing".

But the course had helped him curb that aggression. "I got married again and have two very beautiful children. I do not beat them up. I do not beat my wife up. I don't act aggressively towards them and I thank God for the violence initiative."