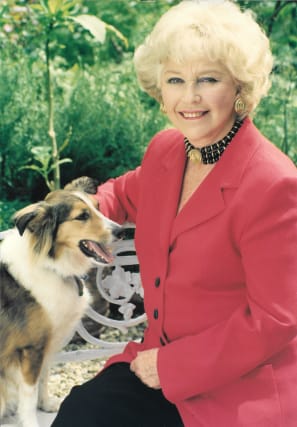 Lady Saunders, who was married to the late producer of The Mousetrap Sir Peter Saunders, was best known for presenting the music spectacular in the 1960s and 1970s.

The Italian-born British star's career started as a model, before working as a continuity announcer for the BBC in the 1950s.

She went on to dip her toe into many other areas of the entertainment industry and had a career that spanned more than six decades.

In her capacity as a host she fronted shows such as the Ivor Novello Awards, and she had a long-running radio programme called Katie and Friends on BBC Radio 2.

She appeared on panel game shows and programmes including What's My Line? and Juke Box Jury.

Lady Saunders was also known as an agony aunt for TV Times Magazine, and for writing a weekly column on fashion and beauty in Sunday Graphic.