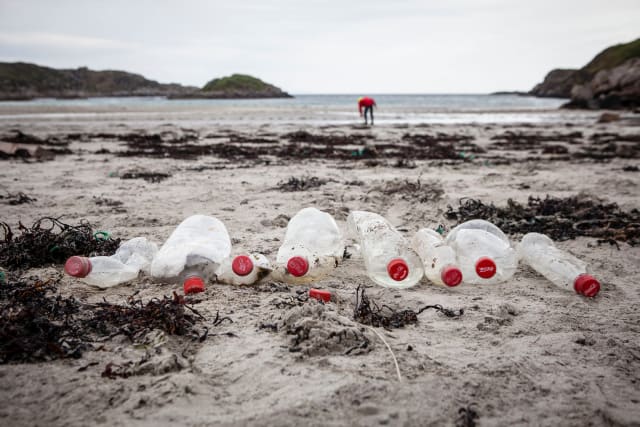 An all-female crew including sailors, scientists and film-makers will cross the north Pacific later this year to study plastic pollution.

The eXXpedition team will set off on June 23 on a five-week trip across the North Pacific Gyre - better known as the Great Pacific Garbage Patch because of the plastic that gathers there - from Hawaii to Seattle.

They will focus on micro-plastics and links to environmental and human health.

The team will be led by British skipper and ocean advocate Emily Penn, and the head of science will be Emily Duncan, a PhD researcher at the University of Exeter.

"We are aiming to assess the scale of plastics - from large pieces to micro-plastics - in the North Pacific," said Miss Duncan.

"One of aims is to consider this in terms of important sites for post-hatchling sea turtles.

"We also want to raise awareness of the devastating effects of this pollution."

The eXXpedition voyage team is a group of 24 women, split over two voyage legs, travelling over 3,000 nautical miles through the densest ocean plastic accumulation zone on the planet.

Crew members will make daily trawls for plastics and pollutants and collect data for a variety of scientific studies.

The crew will be made up of scientists, students, artists, filmmakers, business women, psychologists, actors, ocean activists and sustainability professionals, and novice as well as experienced sailors.

Emily Penn, co-founder of eXXpedition, said: "We hope our journey from the tropical islands of Hawaii to the wild coastlines of British Columbia and the Pacific Northwest will contribute to important scientific studies while inspiring action to protect these great places of outstanding natural beauty and importance."

The eXXpedition crew will be sailing Sea Dragon, a 72ft scientific exploration vessel from Oahu, Hawaii to Vancouver, British Columbia and then from Vancouver to Seattle.