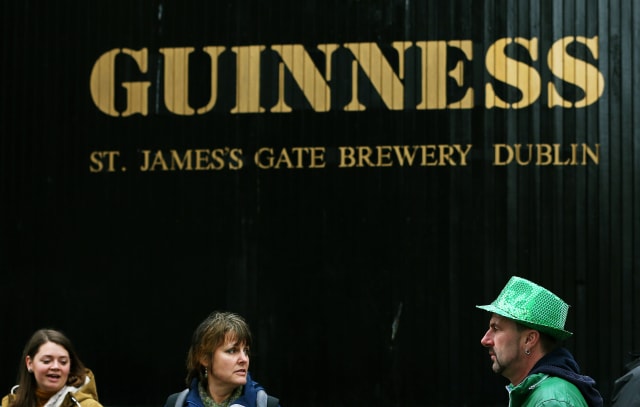 The force has awoken across the island of Ireland as Star Wars hero Mark Hamill joins in the celebrations to mark St Patrick's Day.

"Today the whole Galaxy is Irish", Hamill tweeted as he got into the spirit of the day ahead of his appearance at the annual March 17 parade in Dublin.

He posted the Tweet alongside a number of Star Wars themed pictures with a St Patrick's Day twist. One showed Luke Skywalker with the words "Kiss me, I'm a Jedi".

Another was an image of Yoda with the slogan "Irish I am not but very green I am".

The actor is the Dublin parade's first international guest of honour and has been invited to watch the festivities from the Presidential stand.

The guest of honour role was introduced to recognise Irish Diaspora and those with links to Ireland who have made a significant impact abroad.

This year's parade will start from Parnell Square at noon, march down O'Connell St, before crossing the River Liffey, winding around College Green, and finishing at Kevin St.

Skellig Michael, an island off the coast of Kerry, was used as a location in the latest movie, Star Wars VIII: The Last Jedi, featuring as the hidden refuge of Luke Skywalker.

His great-grandmother Elizabeth Keating was born in Kilkenny in 1873, and left Ireland for America when she was a teenager.

Today's parade is to feature over 2,000 members of marching bands from across the country, floats, and performers, as it makes its way through the city.

Irish actor Liam Cunningham, famous for his role as Davos Seaworth in television series Game Of Thrones, will lead the parade this year.

President Michael D Higgins and his wife Sabina will be in attendance.

Several public buildings have been turned green to celebrate the festival, including Aras an Uachtarain, Leinster House, the Four Courts, the National Gallery of Ireland, Christchurch Cathedral and City Hall.

In Northern Ireland, the day will be marked with a carnival parade and free concert at Custom House Square.

Other parades are to be held across the region including in Londonderry, Newry, Armagh and Downpatrick.

Meanwhile, Taoiseach Leo Varadkar will march in the New York St Patrick's Day parade on the final day of his week-long visit to the US.

Before the parade, Mr Varadkar will meet the Mayor of New York Bill de Blasio at a breakfast event.

He will also attend mass in St Patrick's Cathedral.

The day is also being marked around the world with parades in many other countries.

Tourism Ireland's Global Greening campaign will see around 290 major landmarks and sites in 48 countries being lit up in green.