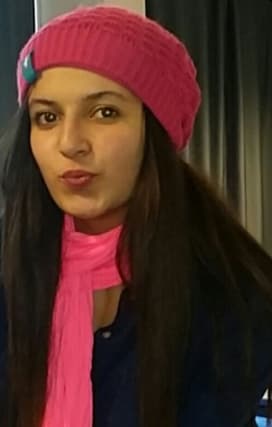 The family of an Egyptian student allegedly attacked by a group of women in Nottingham have said her death could have been prevented if police acted further on an earlier incident.

Mariam Moustafa, 18, was left in a coma after a street assault on February 20 and succumbed to her injuries on Wednesday.

The engineering student's death has caused uproar in Egypt and the country's embassy called on those responsible to be "brought to justice swiftly".

Nottinghamshire Police have said there is no information to suggest Ms Moustafa's death was a hate crime, although investigators are "keeping an open mind".

Her family allege an incident in August, which they claim involved the same attackers and left Mariam hurt and her teenage sister with a broken leg, was not sufficiently acted upon by police.

Malak Moustafa, 16, told The Times: "No one did anything, something could've been done, and if the police did then she would still be here.

"I do think vital warnings were missed, the police should've done something after the first attack, but they did nothing.

"A complaint was filed and that was it."

Her older sister was allegedly punched several times during a confrontation with a group of women in Parliament Street, Nottingham, at about 8pm on February 20.

She was taken to the Queen's Medical Centre in the city then transferred to Nottingham City Hospital where she was treated until her death.

Ms Moustafa's father, Mohamed, 49, told The Times: "I don't know why they attacked her the first time, but they recognised her the second time and went after her again.

"My wife and I think it was racially motivated because Mariam didn't know these girls. Why would you attack someone randomly? They were all of different colour skin to Mariam, maybe that is why they did this."

Despite a Nottinghamshire Police statement saying there is no information to suggest it was a hate crime, the embassy has said the "deep concern of the Egyptian public is evident".

The force have said they are aware of social media posts claiming the attack was motivated by hate and are "keeping an open mind".

A Home Office post-mortem examination is due to take place.

A statement from the Egyptian embassy said: "The government of Egypt and the embassy have been closely following the circumstances of this vicious attack with the relevant British authorities and expressed the need for those responsible to be brought to justice swiftly."

The statement continued: "The deep concern of the Egyptian public is evident and the embassy remains focused in its efforts to support and assist Mariam's grieving family whose life has been shattered by their traumatic loss.

"Mariam was an aspiring engineering student who was well loved and regarded by her friends, peers and all those who knew her."