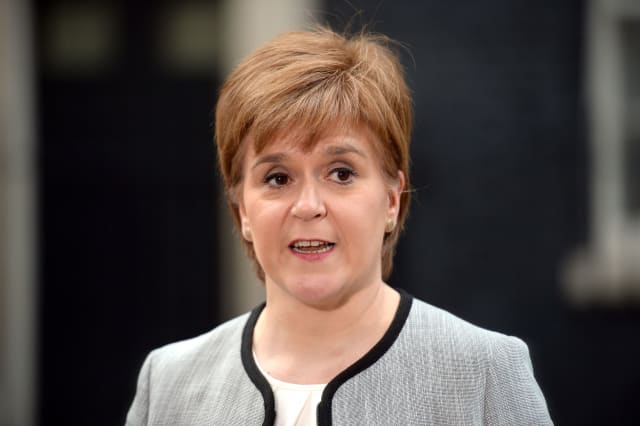 Nicola Sturgeon has said she is "disappointed" by the vote to scrap a controversial law aimed at tackling sectarianism at football.

The Act was introduced by the majority SNP government in the last parliament in the face of united opposition from all other parties.

Since coming into force in 2012, it has faced criticism from legal experts and fans' groups who claim it is unworkable and unfairly targets football fans.

Mr Kelly's Bill - backed by the Conservatives, Labour, Liberal Democrats and the Greens - is understood to be the first passed at Holyrood with the sole purpose of repealing an Act of the Scottish Parliament and sparked concerns from opponents that it would leave vulnerable groups exposed to abuse.

Questioned on the vote to scrap the Act, the First Minister said: "I'm disappointed. I think it was a retrograde step but I understand the concerns that were expressed and parliament has taken its decision so we move on now.

"Obviously, we've had a concern about repealing the act before alternatives were in place but we've moved on from that.

"It's important that we do not lose sight of the collective need across society to have zero tolerance towards sectarianism and I hope that message, notwithstanding the vote yesterday, continues to go out very strongly."

Labour: Serco Test and Trace is 'not good enough'