Father of engineering student calls for 'justice' for his daughter 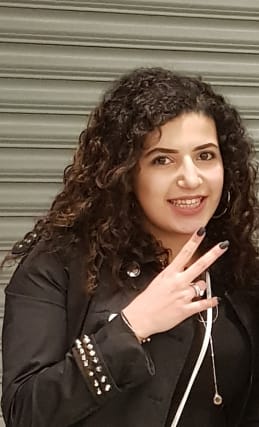 The father of a female engineering student allegedly attacked by a group of women in Nottingham has called for "justice" for his daughter.

Mariam Moustafa was left in a coma after a street assault on February 20 and died from her injuries on Wednesday.

The 18-year-old's father Mohamed Moustafa said she was the victim of a previous attack and said his calls for help only came when his daughter died.

Mariam, who he described as "very kind" and "like an angel", was allegedly punched several times during a confrontation with a group of women in Parliament Street, Nottingham, at 8pm.

She was taken to the Queen's Medical Centre in the city then transferred to Nottingham City Hospital where she was treated until her death.

Mariam and her sister Malak were allegedly attacked by a gang of girls in August last year and Mr Moustafa said nothing was done due to "no CCTV" and because the girls were not known to them.

The student's death has caused uproar in Egypt and the country's embassy called on those responsible to be "brought to justice swiftly".

Nottinghamshire Police has said there is no information to suggest Ms Moustafa's death was a hate crime, although investigators are "keeping an open mind".

Mr Moustafa, 50, said: "I want justice for my daughter, not just my daughter but also so this doesn't happen to another girl or another boy.

"My daughter was like an angel. She would do anything for anyone - a very kind girl.

"She meant the world to me. She tried to help anyone - if they needed money or anything - she would always help.

"All of my family - my son, my daughter - they have all been crying after what happened. It's not fair.

"I needed some help and it came after, when she died."

"She told me these people came up to her and said 'Black Rose' and she said 'no my name is Mariam' and they started to hit her."

Mr Moustafa said up to 10 people were attacking her but Mariam could not be sure because there were "so many people".

Asked if he believed the attack to be a hate crime, he said: "I can't tell something like this. Right now I don't have any answers but this is my question - why?"

Mariam's father went on to explain how his two daughters - Mariam and Malak - were attacked in August last year.

He said: "When this happened in August, Mariam and Malak didn't know these people.

"The first attack we had no CCTV footage and didn't know who these girls were so that's why the case has finished.

"Everybody who comes into this country should have respect for their life. I'm very upset."

Commenting on the support he has had from the Egyptian community, Mr Moustafa said: "People have given me very good support.