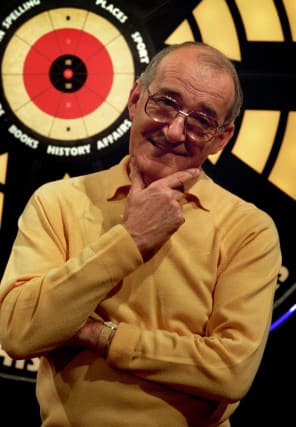 His agent Patsy Martin told the Press Association: "He has sadly died."

The Lancashire-born star was best known for the TV game show, which aired for 15 years and was watched by over 12 million viewers.

The darts-themed show aired in the 1980s and 1990s, obtaining cult status among university students.

He was known for the "super, smashing, great" and "now look what you could have won..." catchphrases in the show.

The former comedian was previously a deputy headmaster.

He enjoyed cameo roles in dramas such as Last Of The Summer Wine  as well as roles in Jonathan Creek and in Peter Kay's Phoenix Nights.

In 2011, Bowen, also known as Alf in the Tetley Bitter adverts, said he had learned to "appreciate all the things in life" after suffering two strokes.